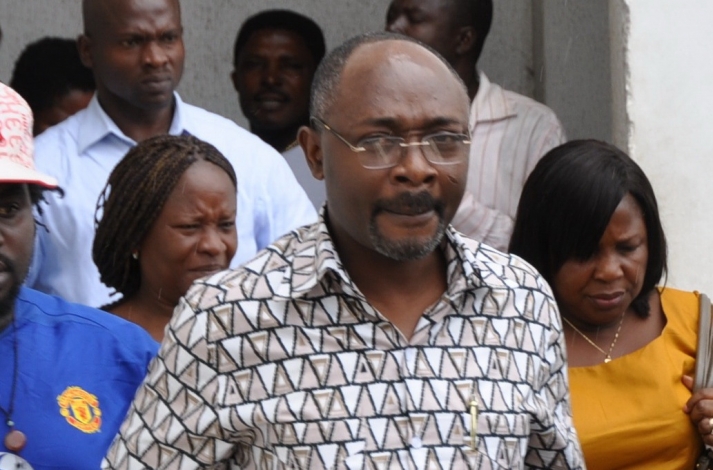 Embattled businessman Mr Alfred Agbesi Woyome, is caught up in another scandal as the Attorney-General’s (A-G’s) Department has found fresh evidence of fraud against him.

Investigators at the A-G’s Department who were digging up the issue say he allegedly fabricated evidence in court that has landed him in fresh trouble and a possible legal action against him.

A deputy Attorney General, Godfred Dame has insisted there is material evidence that Mr. Woyome colluded with the now-defunct UT Bank, to fabricate evidence about the ownership of his assets.

“The final Supreme Court ruling was that Woyome had colluded with the UT Bank to practise fraud on the court. I have followed up on that matter and presented a memo to my boss, the Attorney-General, who has subsequently taken a move by writing to the CID to ensure the prosecution of Mr Woyome for the offence of fabrication of evidence,” he said.

The Deputy AG made this known when he delivered the keynote address at the maiden Ghana Integrity Initiative (GII) Integrity Awards held in Accra yesterday.

The awards ceremony, which climaxed activities to mark the 20th anniversary of the GII, saw individuals and organisations whose work help  fight corruption receive recognition for their efforts.

The Auditor-General, Mr Daniel Yaw Domelevo, was adjudged the Integrity Personality of the Year.