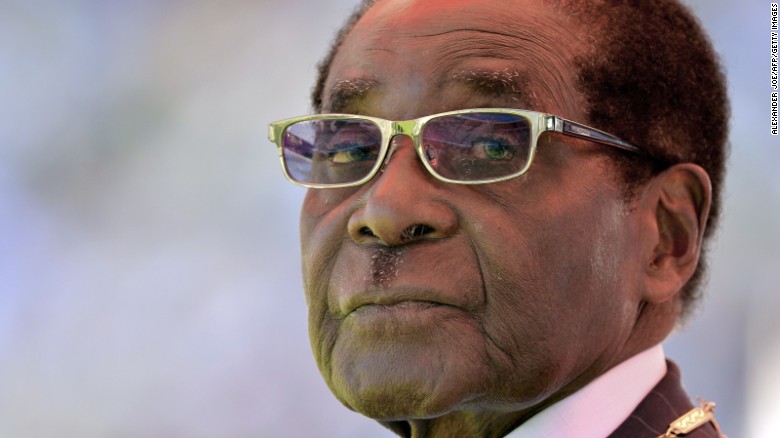 But he appears not to have left a will, according to the family’s lawyer, Terrence Hussein.

There had always been rumours about his wealth, including him owning a Scottish castle and a $1m property in Asia.

But there was no mention of these in a letter by his daughter, Bona Chikowore, to the high court, quoted by the state-owned Daily Herald.

Some other assets, including four houses, 10 cars, a farm and an orchard are listed, but Mr Hussein told the BBC “none of the properties… are in his name”.

Two houses in upmarket suburbs of the capital, Harare, are in the name of the governing Zanu-PF party, the lawyer said.

“The 10 cars are a vintage car collection which frankly had value only to him,” Mr Hussein added.

Ms Chikowore’s letter makes no mention of other farms that Mugabe had been reported to have gained ownership of after they were seized during the country’s controversial land reform programme.

This is the first stage of compiling the former president’s assets but “the suggestion that the Estate has been finalised is untrue and misleading. The long drawn out process has only begun,” the family’s lawyer told the BBC.

In Zimbabwe, if a person dies without a will, then the assets are divided between the spouse and children. Mugabe is survived by his wife, Grace, and four children.

The country is currently going through a severe economic crisis, with rising inflation and a looming food shortage.

Last week, a UN official warned that the country was on the brink of man-made starvation.

It had been hoped that the the post-Mugabe era, under President Emmerson Mnangagwa, would bring a change in the country’s economic fortunes. But the current government has been accused of economic mismanagement and human rights abuses.

Zimbabwe vice-president’s wife due in court over fraud

Zimbabweans march against EU and US sanctions