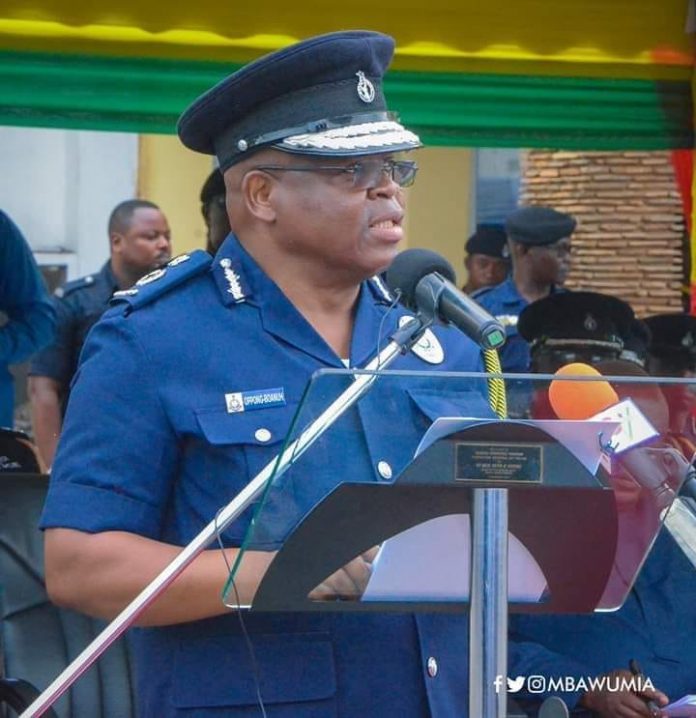 The Inspector-General of Police(IGP), James Oppong Boanuh has warned persons intending to foment trouble before, during and after the December 7 general elections to reconsider their plans.

According to him, the police are ready to deal ruthlessly with any such miscreants who will want to mar the peace of the nation.

The IGP has also assured the good people of Ghana that the Police Service will ensure that it performs its duties professionally during the upcoming election in a way that will not seem to favour a particular political party.

“As we enter an election year, let me assure Ghanaians that we the officers and men of the Ghana Police Service in collaboration with our sister security organizations will do everything possible to ensure that our duties are performed in a way that does not favour anybody. We will be very fair and firm in the performance of our duties.”

The IGP was speaking when he joined the Church of Pentecost in Akropong Akuapem to commission a Ghc516,000 two-storey Police Station edifice constructed by the Church.

The Church used six months to construct the facility for Akropong District Police Command which was being evicted from an over 40-year-old rented apartment.

The Eastern Regional Police Commander, DCOP Aful Boakye Yiadom appealed to other organizations to help the police administration bridge the huge accommodation deficit in the service forcing officers to be in private scattered apartments which makes mobilization during emergency difficult.