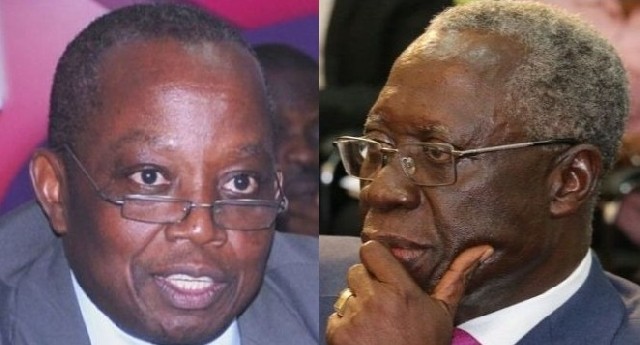 The Auditor-General Daniel Yao Domelevo has been cited for contempt of the High Court in an application filed by their lawyer Yaw Oppong, for his refusal to file in court the documents based on which he surcharged Senior Minister Yaw Osafo-Maafo and four other public officers contrary to a clear provision of the applicable law.

It will be recalled that the Senior Minister and four other public officers filed an appeal at the Registry of the High Court, Accra in which they asked the court to set aside the AG’s decision on disallowance and surcharge against Mr. Yaw Osafo -Maafo and the four.

Upon service of the appeal on the AG, he was required to file the documents on which he based that decision, in addition, to reply to the appeal 14 days after service on him of the appeal.

A search conducted at the High Court Accra on 14th Jan 2020 has revealed that the AG was served with the appeal on 13th Dec 2019, but has refused to comply with the law by not filing the said documents.

By the law, the failure to file such documents 14 days after service of the appeal constitutes a contempt of the High Court.

In compliance with the law, the Senior Minister and the four others have filed an application for contempt to commit the AG Daniel Domelevo to prison or for the imposition of any other punishment.

According to the applicants, “the refusal of the respondent(the Auditor-General ) to file in particular the documents on which he based the purported decision against us, exposes his contrived scheme deliberately fashioned to achieve his own invidious agenda and also with a view to prevent the Honourable Court from efficiently ascertaining the full circumstances of our case and effectually ruling on it in terms of Order 54A Rule(1) and (2) of CI 47 pursuant to amendment by CI 102 .”

They add that “the refusal of the respondent to file the relevant documents and a reply contrary to the relevant provisions of the law is a confirmation of our conviction that the Respondent in taking the decision against us and the subsequent resort to media propaganda to damnify us, and disparage our hard-earned reputation, he was actuated by malice and lack of good faith and without any legal basis whatsoever”.

They are therefore praying the court to agree with them that the conduct of the AG “clearly amounts to a gross contumacious disrespect to the authority and sanctity of the law and therefore ought to be punished in accordance with the law”.

The applicants are also asking the court to make consequential orders including the setting aside of the impugned decision of the Respondent.

Contempt: I crossed the line – Ayine apologises over scandalous comment