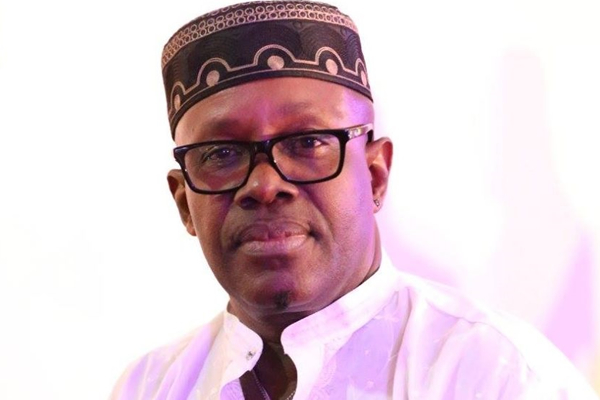 A well-attended workshop organized by MUSIGA at their about to demolished office, to educate members on music publishing was for the first time ever, with a united front attended by all the rank and file of the executives.

Board members present were Hellen Oduro, and Goldmann, with Edem passing by.

The Guest Speaker President Kennedy Mensah (Managing Director, Back 2 Da Future) a publishing company and performance right organization. Mr. Prezedent spoke about his experiences in publishing and encouraged participants to seek guidance when signing agreements with any company.

Afro Moses the Ghanaian International musician based in Australia applauded the unity and oneness currently emanating in the union and gave confidence to unite for the betterment of Musicians Union of Ghana and it’s progress.

Bnoskka in contributing to the workshop on the need to know the history of royalty payment in United Kingdom beginning with landlords and their Serfs. Then he narrated the radical stands two musicians took and the legal battle that ensued after there, warranting the Courts to rule that end-users should pay royalties to musicians for their continuous usage. One might be thinking why should end users pay for the usage of a record they have legitimately acquired? The long and short is that free usage is only limited to private usage but not commercial usage. Hence any activity which sort of exposes or communicate music for public entertainment needs to accrue financial benefit to the musician. Does end users need to pay royalties?

Mr. Benjamin Oduro Arhin Jnr aka Bnoskka (Creative Arts Business & Intellectual Property Consultant) further said and I quote, “because artiste cannot directly collect these payments, collective management organization (CMO) or Performance Right Organization (PRO) are empowered by law to collect and distribute royalties. So if artists are not satisfied with the collection and distribution process, it beholds them to take legal action to test the system to strengthen and scrutinize CMOs and PRO operations. “ unquote.

Bnoskka further stated that curses will not solve the problem but rather testing the law in Court on royalty payment and the operations of collective management organization like GHAMRO will help straighten things in the industry.

Speaking to the press after the workshop Mr. Arhin Jnr said and I quote; “The beginning of royalty payment in the world happed after a court ruling that ends users must pay musicians”

Daddy Bosco ended the meeting by calling out the list of those seeking to have individual consultation.

On bartering Bnoskka’s contribution, Mr. Ras Caleb Appiah affirmed with his experience dealing royalties payments he received for his artist in other African countries and asserted we could do similar in Ghana if Ghana Music Right Owners’s ( GHAMRO) will take the lead.

MUSIGA hopes to organize more of such workshops to educate members said by the Aspiring and Acting President Rev Bessa Simon.