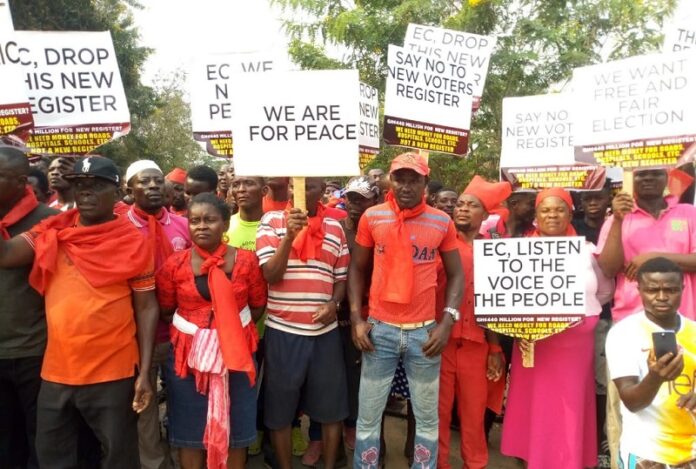 Members of the National Democratic Congress(NDC) in the Central Region on Tuesday expressed their disapproval of the planned compilation of new voters register by the Electoral Commission(EC) by embarking on a protest at the Commissions Regional office.

The demonstration was led by the Central Regional Chairman of the National Democratic Congress Lawyer E.K.T. Addo and other leading members of the party in the region. 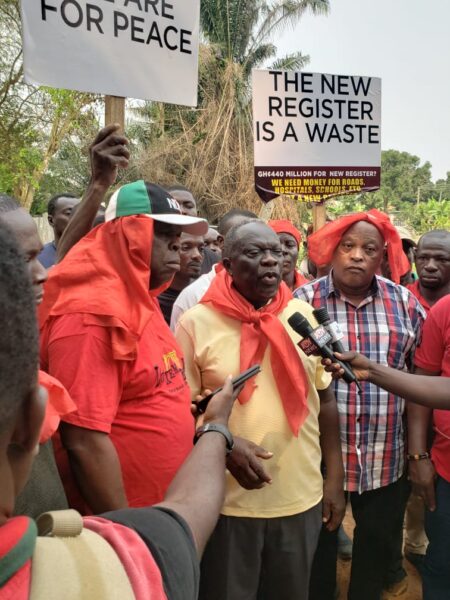 According to the NDC, there is no need for the EC to compile a new Voters register because the same register was used to elect the President and his Members of Parliament in the 2016 general elections, just ended Assembly Members election and others without any hindrance according to CODEO report, hence questioned the need for a new one.

“This Akufo Addo led government just wants to waste Ghanaian taxpayers money and use some of our money for their internal elections and campaigns. We don’t want any misunderstanding during the 2020 general elections because a new voters register has been compiled. We will continue to oppose it till the Electoral Commission changes its decision for a new voters register. We won’t allow the EC to adopt a dictatorial style of managing our elections. We are calling on them to suspend it now.”

Over 3000 people living with Epilepsy in Central Region – GHS