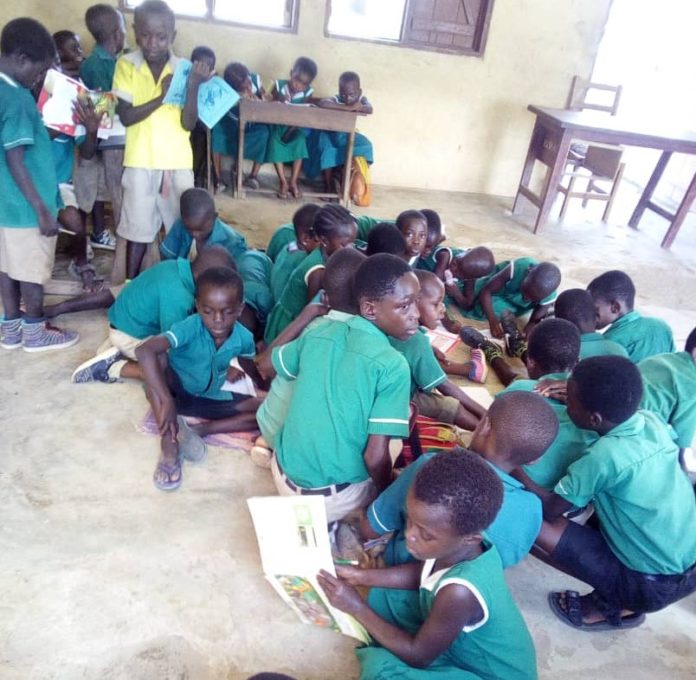 Pupils of Breman Benin Catholic ‘A’ Basic School in the Asikuma Odobeng Brakwa District of the Central Region have for the past three years been sitting on bare floor to write due to lack of classroom furniture.

The situation according to the Headmistress of the school Madam Doris Day Abotsi is affecting learning as some of the pupils fall asleep on the floor while the teacher is teaching.

She told Kasapa FM’s Yaw Boagyan that the District Chief Executive Hon. Isaac Odoom has been informed about the state of affairs but it seems he has neglected the welfare of the school.

According to her, the teachers sometimes turn themselves into carpenters to mend some of the broken desks but they don’t last after the repairs.

Teachers are equally affected as they also don’t have chairs to sit on and always hang around in their spare time.