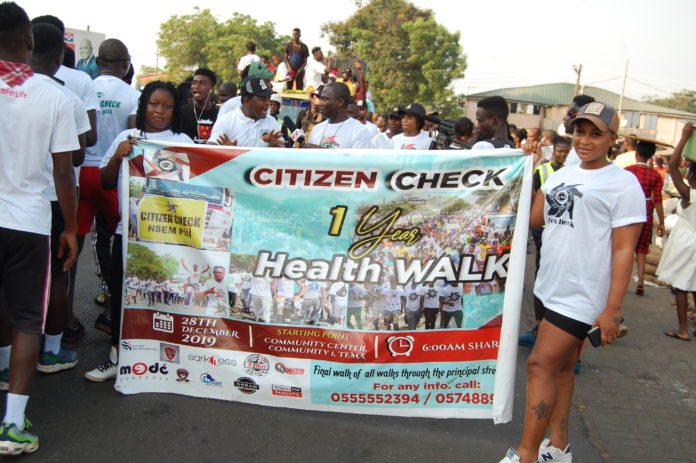 As part of their one-year celebration, Citizen Check, a non-governmental organization that focuses on using celebrities to drive social change organized a health walk for the people in that community and its environs.

The event which took place in Tema on Saturday, December 28th at Tema Community one brought hundreds of people together from Ashaiman, Teshie, Nungua, Nima, and representatives from the U.S.A and artistes like Sarkodie and singer Nautica.

According to the Administrator of Citizen Check, Mr Evans Elurkeh the reception since the Citizen Check initiative was initiated has been great, “we realized that there are lots of artistes who hail from Tema and are putting this community on the map but how do the people benefit from them apart from the usual concert they play here so we sat down and came up with this.

“The whole idea about this is to we bring the artistes down to the people, to the lorry stations, the football parks, the pubs so that they have one on one chat with the people and hear some of their challenges and then we see how we can help make Tema a better place by holding those in charge accountable. Another reason too is that, you know due to the nature of their career, you hardly see them on the street so Citizen Check brings them there and people get to talk, chit chat, take pictures with them. In our previous outreaches, we have worked with Criss Waddle, King Promise among others” he told Daily Graphic. 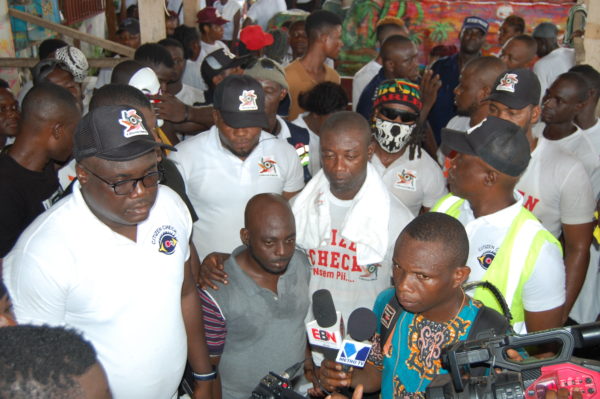 The president of Citizen Check, Mamudu Abdullai popularly known as Mudia also added his voice saying, “we thought that due to the love showed us since we started, we need to give back to the society and say thank you which is by going for a walk, doing some donations, cleaning exercising and feasting and we are happy about the turnout.”

The gathering point for the walk was at the Tema Municipal Assembly (TMA) forecourt through the principal streets of Tema, from C1 through to C4, C7, C8, C12, C11, C6, and ended at C5 the headquarters of Citizen Check. 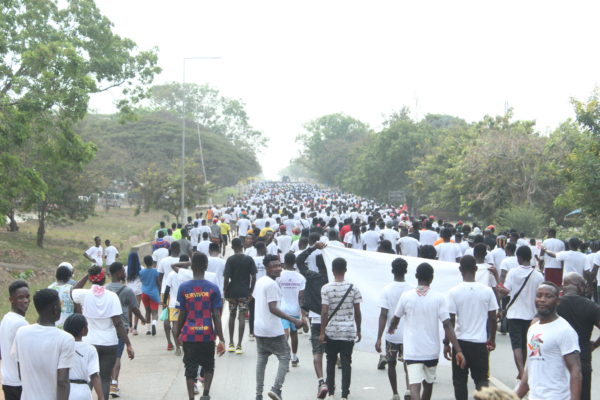 The Mayor of Tema, Felix Mensah Nii Anang-La was also present and he commended the group for such an initiative, “I am happy with what I saw and I want to say kudos to the brains behind this.”

Citizen check is a non-political movement that focuses on the social benefits of the Ghanaian populace, it is the voice of the people of Ghana, its mandate and values is to help those in authority especially those that the citizens have entrusted power into their hands to work for the benefit of all and to resolve issues that are worrisome to them.