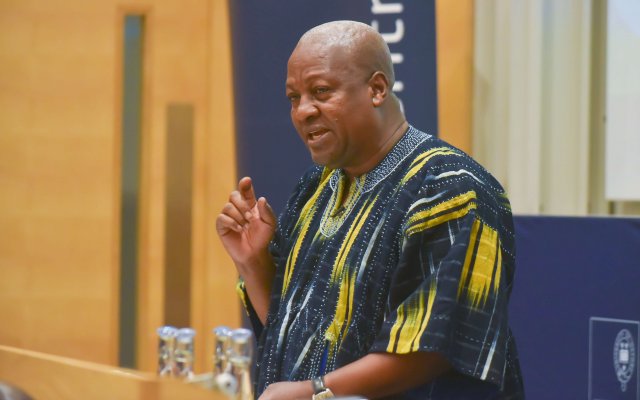 Former President John Mahama has taken a swipe at Civil Society groups in the country over their continued silence about the ills in government ever since President Akufo assumed power.

According to him, most of the civil society groups which were very critical of his administration have shockingly lost their voices during the current Akufo Addo regime.

Addressing a gathering at the 38th-anniversary celebration of the 31st December revolution held in Winneba on Tuesday, December 31, 2019, Mr Mahama urged civil society groups to remain principled and not change rules depending on who is in power.

“Moral society must not give up speaking, you don’t stop talking because somebody else is the President and then resume your voice only when another person comes into office. Principle is principle and the voices of morality must stand for a certain principle that nepotism is bad whether it’s under NPP or NDC. You don’t criticize family and friends under one government and then when you have the most nepotic government in the history of Ghana you say as long as the President’s relatives have qualification there’s nothing wrong with it. It is absolute hypocrisy. What is wrong is wrong whether is under CPP, PPP, NDC or NPP wrong is wrong, right is right.”