Ghanaian actress, Yvonne Nelson has advised Worlasi not to change his style of music.

The Film producer posted a snippet of Worlasi’s live band performance on Instagram describing the young artiste as talented and resilient.

Nelson urged Worlasi not to break away from producing authentic music regardless of the pressure from management and fans to change his style of music. 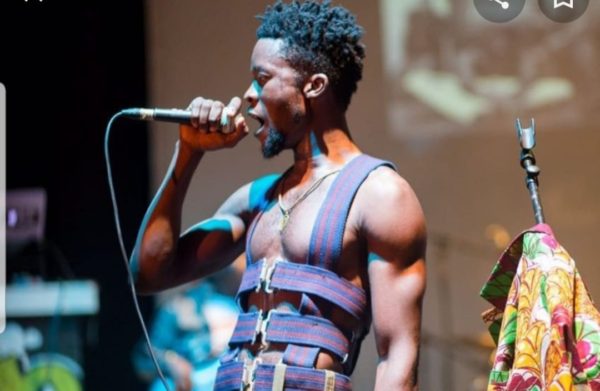 The actress told Worlasi the mainstream appeal will present itself in a manner that will earn him global praise.

“The lyrics Guys you need to check his new album out! He’s amazing. Never change for the mainstream, stay in your lane….you are talented and resilient ! the mainstream will come to you. there’s a new SUPERSTAR in the milky way…give way!” Yvonne Nelson to Worlasi

The lyrics 🤣🤣 Guys you need to check his new album out! He’s amazing😍❤️ Never change for the mainstream,stay in your lane….you are talented and resilient ! the mainstream will come to you. there’s a new SUPER STAR in the milky way…give way! @worlasigh

WORLA, (The Man and the God) is the second [2nd] album of the artiste.

The album touches on transformations in life. But mostly focused on manipulation of power.

The 10-track ‘WORLA’ album, released ahead of his annual music and arts festival ‘WORLAFEST’ slated for December 7, 2019,  is a collaborative album with his day one band – SENKU; who WORLASI gives production & composition credits to.

The 10 track album was recorded live, inspired by the great Ghanaian band OSIBISA, a vibe of native elements, comedic compositions & great musicianship through and through.

Songs on the WORLA album include Weizor, Gone Gone, We all Go die, Okwasia, Animate and others.

Worlasi’s versatility enables him to switch from singing to rapping in English, Ewe, Fante, Ga and Pidgin.

His songs are famous for their refreshing and inspiring lyrics – a mixture of soul and hip-hop blended with an African flavour.

Worlasi has worked with top Ghanaian artistes such as Sarkodie and M.anifest to mention a few.

Worlasi’s musical career can be traced back to his first breakthrough single, Ay3 Adz3, which saw him rise to fame.