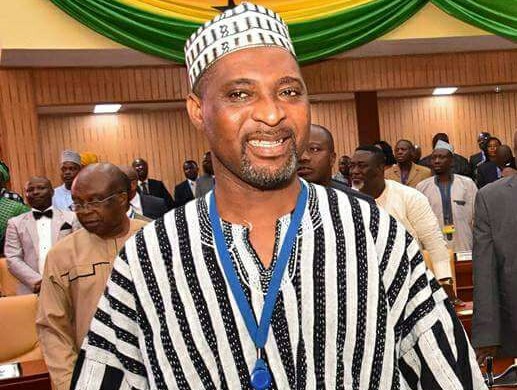 Minority Chief Whip in Ghana’s Parliament Mohammed Muntaka Mubarak has revealed that it was never his initial plan to have spent more than one term in Parliament.

According to him, because he was doing well in private practice before entering Parliament in 2005 through a by-election, he told the NDC leadership that he’ll be a ‘stop-gap’ MP for only four years and quit to allow the party to look for another solid candidate who can retain the seat in the subsequent elections.

“When Dr. Gibrine died within just 39 days in Parliament…we elected in December, he was sworn-in in January and died in February and the party thought having lost the 2004 election we needed a very charismatic person to carry along the people without necessarily the use of money. That time I was one of the people who really helped Dr. Gibrine to come and people thought that I stood out in the process that got him elected. So, people started talking about me and I said no, because that time I had just finished my Masters and I was doing well in the Cocoa industry, I was the Head of Research Monitoring and Evaluation for the second-largest LBC in Ghana so I thought I was doing well and was not ready for Parliament.

“But when the push came I said I did not want it to be like all the big people are begging me to step and I said let’s have an understanding. At the time the Minority Leader was Hon. Bagbin and he said let’s hear you. Then I said I’ll go on condition that you’ll use four years to get a replacement so that the next election I’m not part of it. They willingly accepted then I got in and I realized that wow if there’s one job that you can use to make a difference in the lives of the people it is to agree to serve the people. So I changed my mind and I met J.H Mensah and he had this saying that it is only the wise that change his mind and I’ve no regret for that. Having served over a decade if you look at my constituency where it was and what it is today, I’m grateful to Allah for giving me the opportunity and wisdom to carry my people this far,” the former Youth and Sports Minister told Ultimate FM.

Muntaka first entered the Parliament of Ghana on the ticket of the ND in 2005 when he won a by-election in the Asawase constituency with a majority of 11,142 replacing the late Dr Gibrine also of the NDC who had won the seat in December 2004 with a majority of 4,474.

He subsequently retained his seat in the December 2008 election. He also won subsequent elections in 2012 and 2016.

Alhaji Mubarak is Minority Chief Whip in parliament for the opposition NDC.