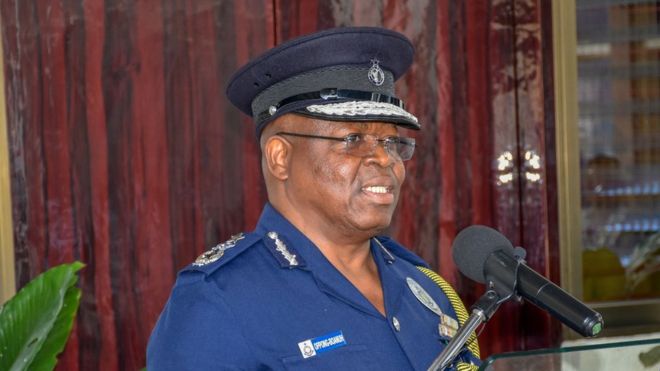 The Inspector-General of Police, James Oppong Boanuh has announced a reward of GHC10,000 to anyone with credible information leading to the arrest of those who shot and killed one police officer and two others in Mankessim on Wednesday, January 2020.

Lance Corporal Kingsley Boahen was gunned down by suspected armed gunmen who exchanged fire with a group of police officers from the Mankessim Divisional Command after a botched robbery attack at ZEN Filling Station.

The deceased who was in plain clothes was said to have been on his way to work when he was trapped in the cross-fire.

The body of Lance Corporal Kingsley Boahen was found with gunshot wounds at a distance of about 200 metres away from the robbery scene, a statement signed by Central Regional Police spokesperson, DSP Irene Oppong indicated. 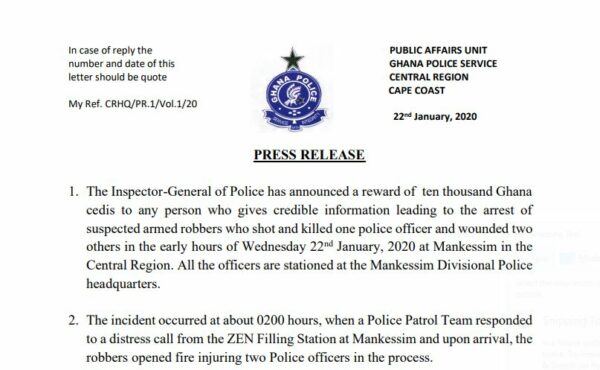