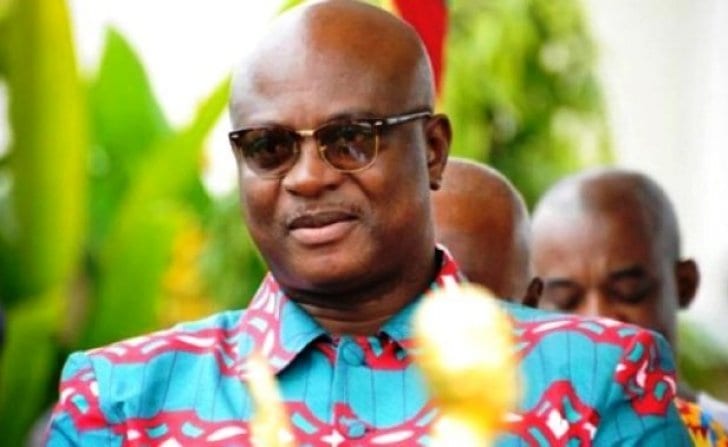 With eleven months to go for the December 7, 2020 general election, the largest opposition party is yet to select its running mate for the crucial polls.

According to the party, the processes for the selection of the running mate has not yet been concluded.

Kojo Bonsu who’s former CEO of GOIL Company Limited in an interview on Neat FM monitored by Kasapafmonline.com confidently stated that the NDC will not ever regret if they should make him the running mate as he’s a tried and tested achiever.

“If the party settles on me as the Running Mate, I’ll accept it with much joy because I’m very qualified with the necessary competence for that position. I’m an action man who works very hard. If Mahama considers me worthy of being a good Vice President I’ll accept that offer and support him to make Ghana develop. My achievements at GOIL are known, check out how I developed Kumasi within my three years in office. My legacies are there for all to see that indeed I’m an action man. With me as running mate NDC will surely wrestle power from the NPP come December 7 election.”

Kojo Bonsu in 2018, dropped out of the flagbearer race of the NDC.

He failed to pick a nomination form within the stipulated time by close of day Tuesday, December 4, 2018, when the party first opened nominations [December 3 and 4].

He went ahead to blame the move on a petition which eight aspirants had forwarded to the Council of Elders of the NDC which was asking for a reduction in the filing fee of GH¢400,000.