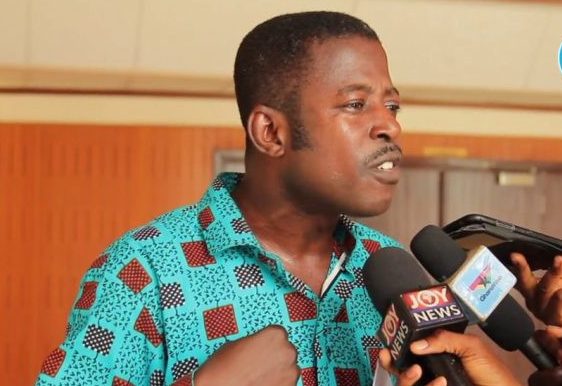 The Member of Parliament for Bantama constituency, Daniel Okyem Aboagye has justified his actions after he reportedly knelt down and begged for delegates to vote for him for another term in the upcoming primaries.

Although the incumbent MP has been mocked in some circles for kneeling before the Ashanti regional chairman of the NPP, he maintained in an interview on Kasapa 102.5 FM that there’s nothing wrong begging for power.

“If President Nana Akufo-Addo could beg for Ghanaians to try him and vote for him in last elections, then my actions are not out of order. It’s the right thing to do because power resides with the people,” he told host Kweku Owusu Adjei on Anopa Kasapa on kasapa 102.5 FM Thursday.

The MP at a meeting with the constituency, polling station executives and the electoral area coordinators reportedly knelt down before Bernard Antwi-Boasiako, popularly known as Chairman Wontumi, to declare his constituency as one of the areas where parliamentary primaries should not be held.

The action comes in the wake of claims by chairman Wontumi that he would prevent a challenge to some sitting MPs in the Ashanti region as the party prepares to hold primaries in constituencies where the party has sitting MPs.

The Bantama MP, is uncomfortable with the prospects Francis Asenso Boakye, the Deputy Chief of Staff, contesting in the Bantama parliamentary primary when nominations are opened.

It is believed that his plea is to prevent the Deputy Chief of Staff contesting him in the primaries slated for the end of April, 2020.