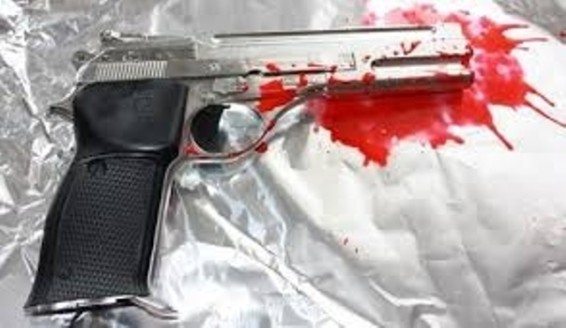 Police investigation into an alleged murder of a middle-aged woman at the Ceder Cresent Hotel at Danyame, Kumasi indicates that the deceased was shot and killed by the boyfriend, Edwin Awuku, who checked into the hotel with the victim.

“There was no armed robbery attack at the Hotel as was reported by the complainant who is the wife of the suspect,” a statement by the Police on Tuesday said.

Reports say the suspect Edwin Awuku on Thursday, 2nd January 2020 at about 1:00am checked into the said Hotel with the deceased girlfriend, Comfort Owusu Afriyie alias Maame Yaa, 46.

According to police report, whilst in the hotel room, suspect Awuku shot the victim in the chest killing her instantly and he[suspect Awuku] sustained injury on his left forefinger in the process.

Awuku sensing danger left the Hotel premises unnoticed and drove to his residence at Amakom and informed the wife about the incident and dropped the exhibit weapon and his mobile phones at home.

Both, the suspect and the wife went back to the hotel to raise alarm on the incident, drawing the attention of other persons. The two later drove to the Central Police Station, where an official complaint of an alleged armed robbery and murder was reported.

Meanwhile, the body of the deceased is being kept at the Komfo Anokye Teaching Hospital morgue for autopsy.