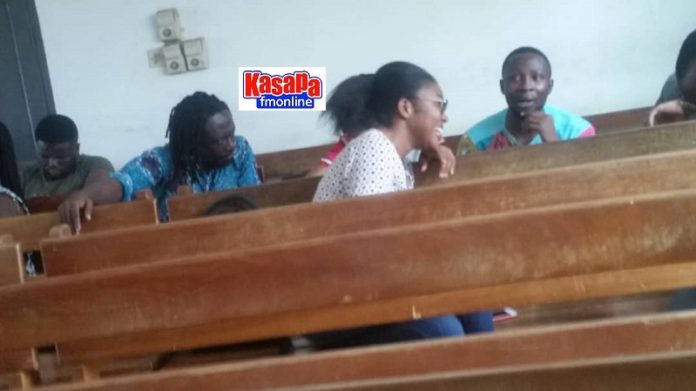 At least 6 out of the 90 Menzgold customers who were arrested last week, for massing up at the residence of Chief Executive Officer of Menzgold, Nana Appiah Mensah, have been granted bail by the Madina District Court.

The court presided over by Richard Delali Anku adjourned the case to 11th February 2020.

The customers were arraigned today after the police charged them with unlawful entry and offensive conduct.

They’d forcibly entered the Trasacco Estates at East Legon in an attempt to confront Nana Appiah Mensah over their locked up investments.

Earlier there was heavy police presence at the Madina Magistrate Court ahead of the sitting as armed policemen were positioned at vantage points in and around the court.

We’ll take back every Pesewa owed us – Menzgold customers