National Security Minister, Albert Kan Dapaah, has been caught up in a scandal following a leaked video tape with his side-chic on social media.

The short video chat was clearly recorded on the blindside of the National Security Minister as he was lured into going all out in a romantic chat with the supposed girl friend. 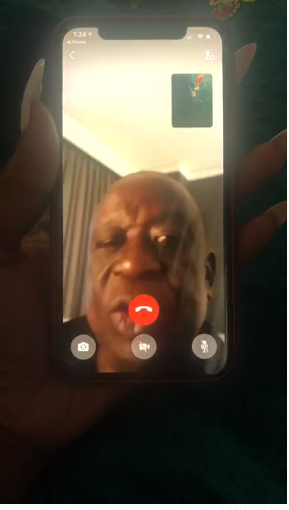 In the leaked video, the Minister who was wearing a pyjamas practically obeyed instructions from the lady and was even seen making a 360 turn upon a request by the young girl friend who deliberately hid her face from the camera throughout the chat.

The leaked video was allegedly recorded while the National Security Minister was cooling off in his hotel room outside the country presumably on a national assignment.

This website tried to reach him by text message to get his reaction to the circulating video, but the Minister has failed to respond.