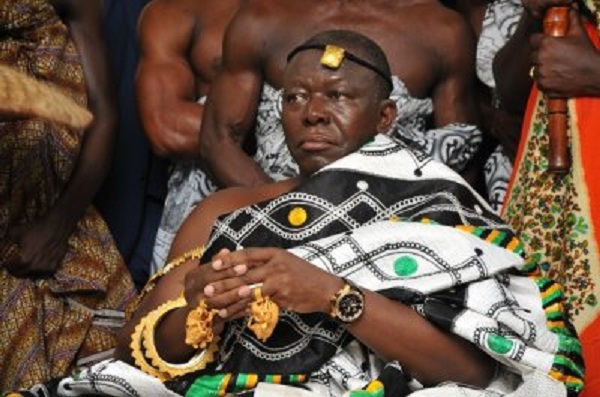 The main opposition National Democratic Congress says the Electoral Commission(EC) has shown utter disrespect and disregard to Otumfuo Osei Tutu II after going ahead to announce date for the commencement of compilation of the new register.

The group in a statement on Friday, January, 23, 2020 accused the EC of showing bad faith by going ahead to declare April 18, as the beginning of the compilation of the new register without recourse to a planned engagement of stakeholders at a meeting scheduled for 30th January.

Following this, the group has said it has withdrawn its earlier announcement of the momentary suspension of the protests and will strike in the coming days with more street campaigns against the EC’s move.

Commenting on the action by the Inter Party Resistance Against the New Voters Register, the Deputy Scribe of the biggest opposition party said the EC  should bow its head in shame because it has discredited the good counsel of the Committee of Eminent Advisors.

Meanwhile, he’s asked the Commission to include the CSOs in the next meeting scheduled for January, 30.

“We are making it clear to the EC that if any further deliberations will go on, then we cannot exclude the CSOs because even if you go to IPAC, you have the reps of the various CSOs. So we don’t anticipate that the EC will sideline the CSOs in our next meeting. We’re therefore demanding that the next meeting scheduled for January, 30 should be done with the full involvement of the Civil Society Organizations,” Otukonor said.