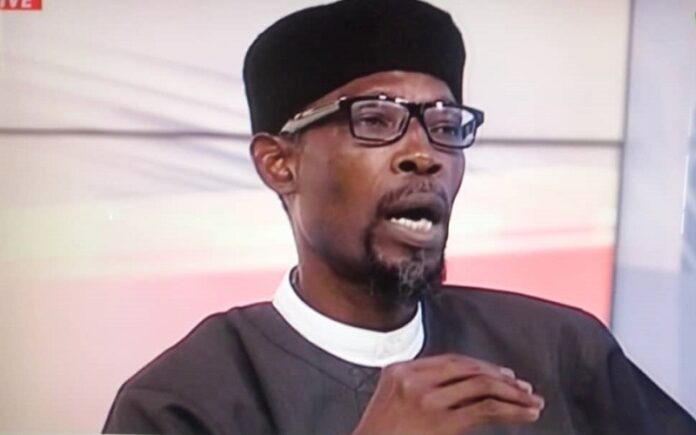 The Spokesperson for the National Chief Imam, Sheikh Alhaji Aremeyaw Shaibu, has sent a note the corridors of the Interparty Resistance against New Voter’s Register, advising them to change course in their fight against the compilation of a new voter’s register.

According to the Muslim Cleric, it will profit the Interparty Resistance Against New Voter’s Register led by the National Democratic Congress (NDC), the more, if they use the depth of knowledge at their disposal coupled with their resources to mobilize and train their supporters to participate in the registration for a new voter’s register instead of mobilizing resistance against it.

Contributing to a live panel discussion on the compilation for a new voter’s register on TV 3’s ‘The Key Points’, Saturday, Sheikh Aremeyaw, said the opposition political parties have not been convincing enough in their line of arguments against the need for a new voter’s register, urging that they channel their resources to support the EC to embark on a successful exercise.

“I will advise the political parties that instead of mobilizing for resistance, which I cannot foresee change in anything, they should use the energy now to mobilize their own supporters. Let’s rather mobilize or organize the supporters to register”, he noted.

He added “Look I was on the same television programme with one IT expert of the NDC, and I pointed to him that look this your depth of knowledge can put at the advantage of your party – that you ensure that you monitor closely the system because I cannot see the date of our elections being changed. I cannot see it and the EC is planning from that date now coming back. The reasons for the resistance, I think, have not been clear. The issue that so bothers on cost if true or not I think that is not the main issue. The resistance – the opposition has not come out clearly to let us know what exactly the issue that affects them for example. They should be able to tell us that look for example – there are certain attributes that lends credibility and integrity to our processes and that’s what we highlight them – the issue of transparency, fairness, the freeness of the elections. If you take fairness for example in the electoral process including the voters register, they should come out with the clear elements of unfairness that helps all of us. Because look as an election observer, I am interested in the fairness. In my view, the opposition parties have not been able to make a case for their stance. So, where we are now? Let’s mobilize and get the way forward”.

His comments follows the stance of the electoral management body over the compilation of a new voter’s register for the conduct of the 2020 general elections, a position which is likely to remain so despite the loud opposing voices of some opposition political parties and Civil Society Organizations (CSOs).

The EC has scheduled April 18, 2020, to begin the exercise of compiling a new voter’s register for the conduct of the 2020 general elections. The exercise is expected to end in May, 2020.

The Jean Mensah-led EC has cited some factors ranging from huge cost in maintaining the existing data to vulnerability of the current system to buttress their argument for the compilation of a new voter’s register.

They also argued that there was nothing wrong with the existing voter’s roll since it’s credible and was recently used for the conduct of the District Level Elections.

They also claim that the National Identification Authority (NIA) in terms of law, is superior to the EC, wondering why the electoral management body could not wait for the NIA to finish its ongoing nationwide registration exercise so they could tap into their system for the conduct of the 2020 general elections.

This argument is supported by the 18 CSOs but a deputy Minister of Local Governance and Rural Development, Hon. Osei Bonsu Amoah, has dispelled it, saying it lacks merit.

Hon. Amoah, who is also the Member of Parliament (MP) for Akuapem South, said “in the days of Dr. Afari Gyan as Chairman of the EC, he made it very clear that no institution can deny the EC from compiling its register for the conduct of elections. Nobody has been able to challenge it in court”.

He further noted that the Constitution is superior to the Legislative Instrument (L.I) that regulates the activities of the NIA which the opposition political parties and the 18 CSOs are relying on to advance their argument.