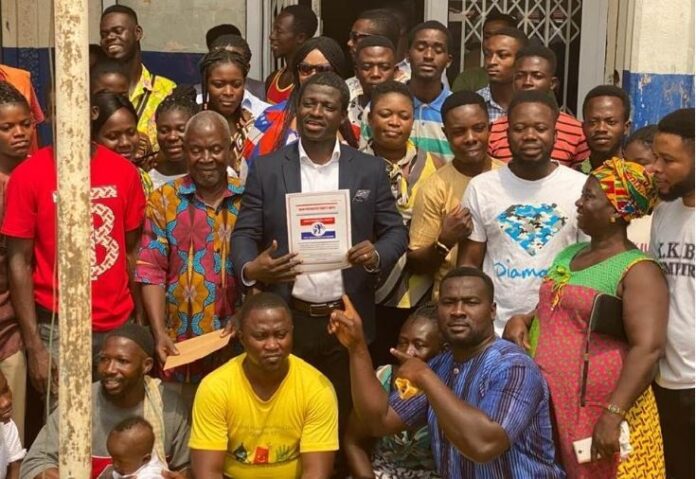 The Convener of the pressure group, Let My Vote Count Alliance is confident he’ll eventually emerge the Parliamentary Candidate to represent the good people of Nkawkaw.

In a Facebook post after picking up his nomination forms, the Promising CEO of the Year (Public Sector) award winner said: “I took this step after years of wide consultation with key stakeholders. Indeed, it was a joyous moment to be welcomed home to represent my people of Nkawkaw in the parliamentary primaries.

“I look forward to kickstart the campaign in earnest. I admit it is going to be an arduous task but we will deliver just as we have done in the past.” 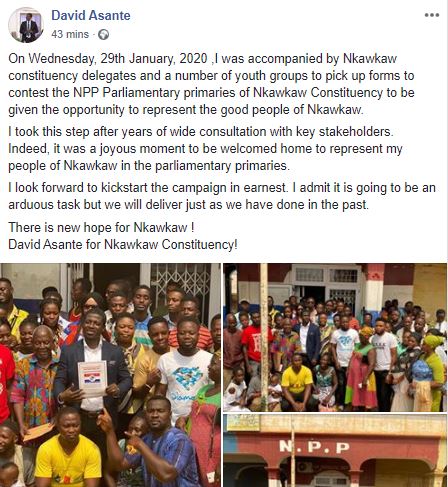 The ruling New Patriotic Party(NPP) is set to hold its Parliamentary primaries on 25th April 2020 in areas the party has sitting Members of Parliament.