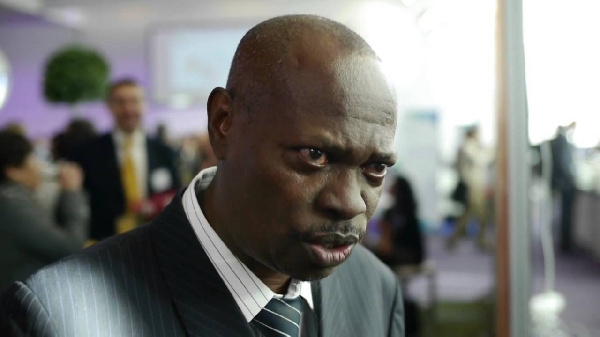 An Accra High Court presided over by Justice Clemence Y. Honyenuga has struck out an affidavit in opposition to a motion of perjury filed by former COCOBOD CEO, Dr Stephen Kwabena Opuni against the state’s third prosecution witness, Dr Yaw Adu-Ampomah in the case of the Republic vs Dr Opuni and businessman Seidu Agongo.

The motion, filed by Dr Opuni’s counsel, Mr Samuel Codjoe, is in relation to comments made by Dr Adu-Ampomah with regard to how COCOBOD conducts its procurement processes.

During his evidence in chief, Dr Adu-Ampomah told the court that COCOBOD usually advertised in the dailies when it wants to purchase agrochemicals, including fertilisers, and states in detail via those advertisements, the type of agrochemicals required.

However, during cross-examination on 4 June 2019, Mr Codjoe challenged Dr Adu-Ampomah to that claim, forcing the witness to spill out the truth regarding COCOBOD’s previous sole-sourcing procurements, thereby, contradicting his own earlier testimony that the state-owned cocoa company had never procured agrochemicals through that method.

Mr Codjoe further provided evidence to prove that the witness, during his tenure as a Deputy Chief Executive in charge of Agronomy and Quality Control at COCOBOD in 2011, applied to the Public Procurement Authority to sole-source some quantum of fertiliser.

Dr Adu-Ampomah, when faced with the hard evidence, admitted to having made purchases through sole-sourcing to the tune of US$161,692,473.26 from three companies in 2011.

In court on 9 January 2020, Mr Codjoe disclosed that the Attorney General’s department had filed an affidavit in opposition to his client’s perjury motion on 2 December 2019, a situation he described as a breach of the Constitution, citing Article 88(3) of the 1992 Constitution, which states that: “The Attorney General shall be responsible for the initiation and conduct of all prosecutions of criminal offences”.

In his argument, since the application is a quasi-criminal one, the Attorney General cannot represent and, or file an affidavit in opposition to the matter.

He added that in a case of perjury, the respondent is required to engage the services of a lawyer of his choice to represent him despite being a witness for the state.

When quizzed by the court as to why he did not have legal representation, Dr Adu-Ampomah said he had no lawyer because he thought he was in for the state.

He said, “When I was served, I gave it to the Attorney General’s office”.

She further pleaded with the court for a short stay to advise the witness when the court asked why the prosecution team did not advise Dr Adu-Ampomah in the first place to seek the services of a lawyer.

The court, upon hearing both sides, struck out the affidavit in opposition and adjourned the hearing of the motion to 28 January 2020

Opuni’s application for stay of proceedings adjourned to July 18