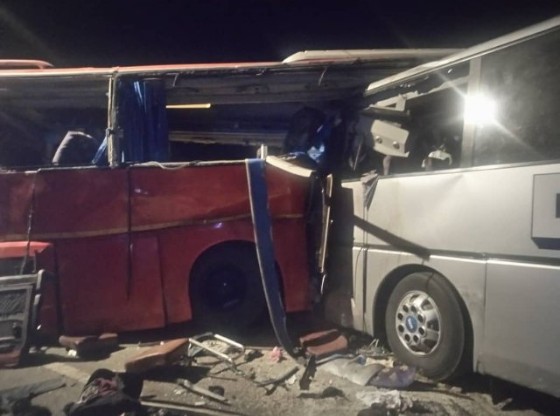 More than 30 persons are feared dead in a motor accident at Dompoase near Komenda in the Central Region.

The Takoradi-bound bus tried an overtaking but in the attempt collided with the opposite bus. 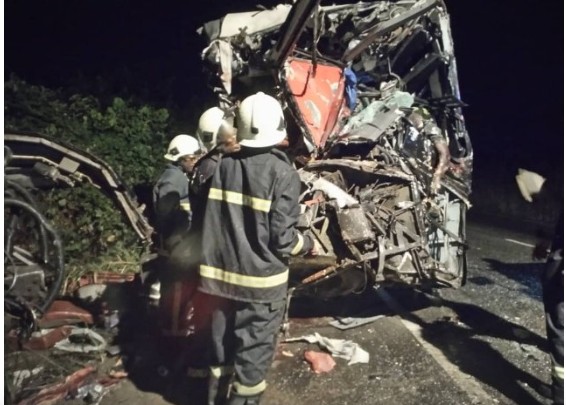 Both drivers died instantly with one of them having his head completely chopped off. The rest of his body was trapped in the mangled vehicle.

It took the effort of personnel from the Ghana National Fire Service (GNFS) from Cape Coast to rescue some of the injured while the mutilated bodies of the dead passengers were conveyed in vehicles to the same Interbetten at Cape Coast.