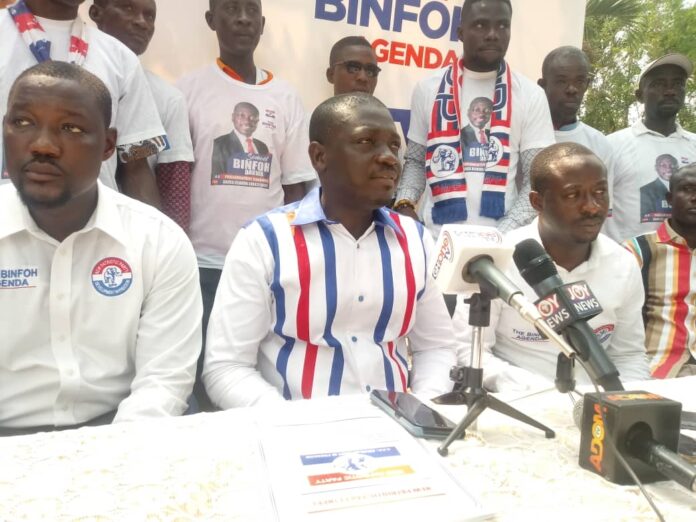 The constituency for the past 25years has never held parliamentary primaries for delegates to have a say in electing who should represent their interest in Parliament.

However, the newly elected constituency executives of the party led by Chairman Kwame Owusu, have vowed to halt the NPP internal political dictatorship in the constituency where no member of the party is allowed to contest the incumbent Member of Parliament (MP) Hon. Kwabena Tahiru Hammond, popularly known as K.T Hammond, for past two decades in parliamentary primaries. 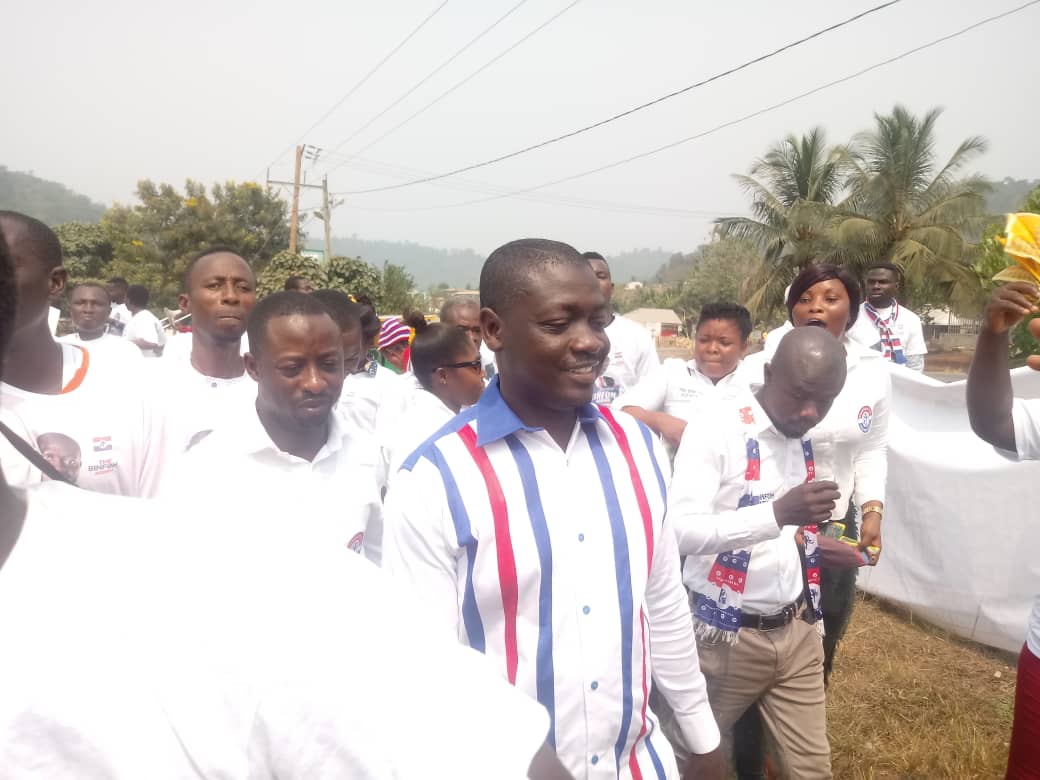 Speaking to Ultimate FM’s Isaac Bediako, on the side-lines of picking the nominations forms by former NUGS President, the Chairman of the constituency, Kwame Owusu said, the newly elected executives of the party won’t intimidate and prevent any good standing member in the constituency from picking a nomination forms.

He advised the aspirant, Sammy Binfo Dakwa and his supporters to conduct decent campaign devoid of insults and character assassination which promotes division in the party. 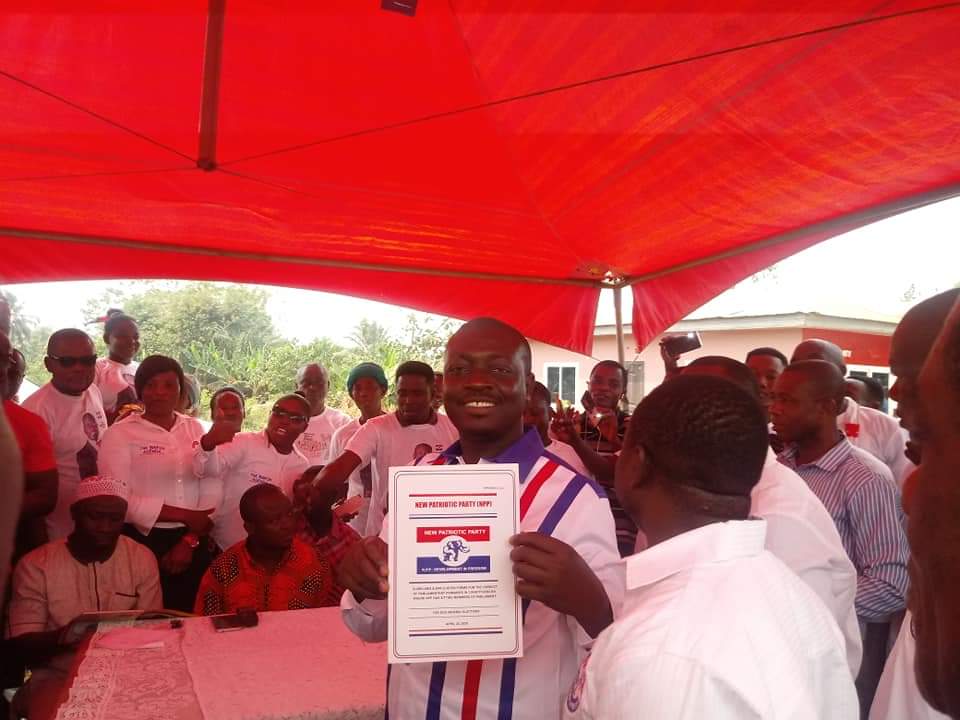 “Adansi Asokwa constituency always dominate the media for wrong reason during political season particularly, in NPP’s parliamentary primaries. This time, we have opened a new chapter for the constituency, so therefore, conduct your campaigns well for peace to rule in this constituency”, he stressed.

However, Sammy Binfo Dakwa, who couldn’t hide his joy while addressing the constituency executives, delegates and other members of the party, pledged to conduct issue-based campaign in the constituency. 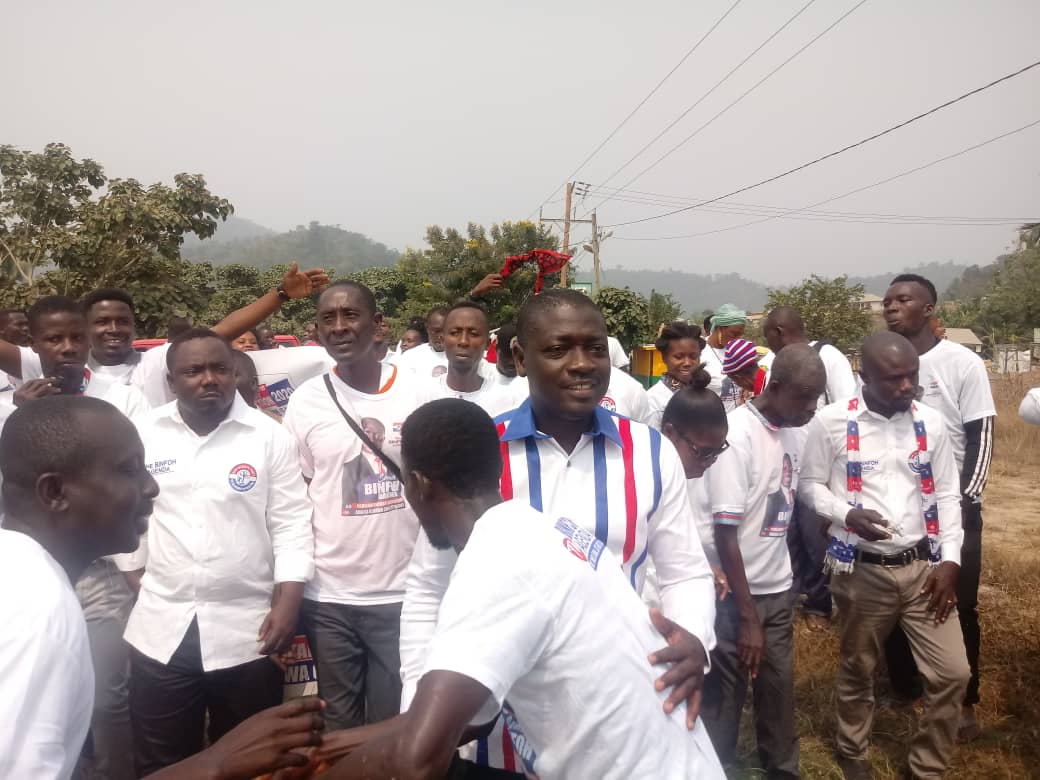 “I know you the executives of our great party led by Chairman Wontumi and you Chairman Kwame Owusu and other constituency executives have opened a new era for this constituency. Your bold decision to open nomination for interested aspirants to pick forms to contest the primaries alone tells you are poised to promote peace in this constituency which is very commendable.
I, Sammy Binfo Dakwa, will want to assure you, Chairman Kwame Owusu, and every member of the party in this constituency that, I’m going to conduct issue-based campaign, constructive criticism devoid of maligning which has the ability to create painful division in the party”, he assured.