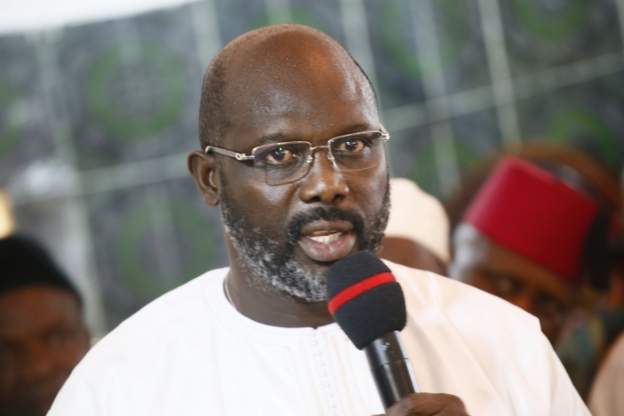 A protest against Liberia’s President George Weah has started in the capital, Monrovia.

The first group of banner-carrying protesters walked through police roadblocks to assemble on Capitol Hill, the seat of power. The crowd swelled, as more protesters entered.

Dozens of riot police, backed by an armoured tank, have been deployed, but they have not interfered. The government had given an assurance that it would provide security for protesters.

Among other demands, the demonstrators want Mr Weah – a former football star who became president in January 2018 – to publish a list of his assets before and after he became president. They also want the president to say what happened to the $25m (£19m) the government withdrew from the Federal Reserve Account in 2018 that was supposed to stabilise the economy.

Even though it is still too early to make conclusions, businesses in parts of central Monrovia were closed on Monday morning with deserted roads.

Many civil servants stayed away from work and some parents kept their children away from school, even though the ministry of education had announced that schools were reopening following the festive season.

Liberians spent Christmas and the New Year largely at home because of the lack of money.

In a rare state radio interview days before the protest, President Weah said he did not see any need for such a gathering.

“We don’t want unrest here, the country has a potential to gain growth,” he said.

He accused opposition politicians, who lost to him in the presidential election in December 2017, of organising the demonstration.

He rejected criticism that power has got to his head or that he has become intolerant of criticism.

“This is not a tyrannic government,” Mr Weah said.

“This is a democratic form of government [in which] everyone has their right to operate in the country but respect civil liberty so that other people can feel comfortable to do business,” he added.