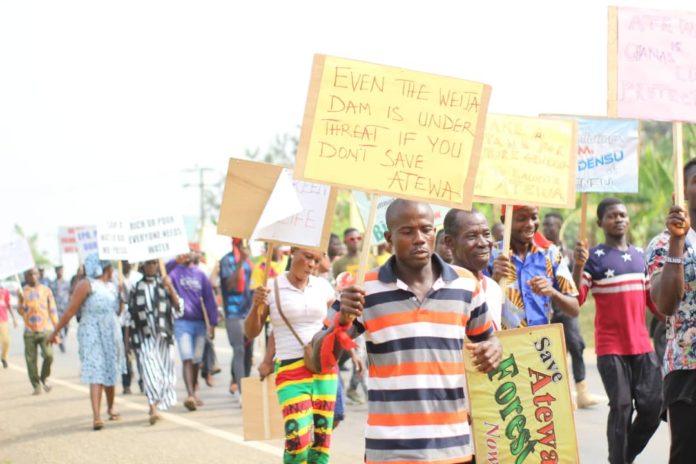 A group calling itself the Concerned Citizens of the ATEWA Landscape is embarking on a protest march from Sagyimase to Kyebi as part of its relentless effort to pressure government to abort its plans to mine bauxite deposit in Atewa Forest Reserve which is a significant Biodiversity Area.

In 2019, the group embarked on similar walk from Kibi to Accra to petition major stakeholders on the need to exclude Atewa Forest from the Sinohydro deal which Ghana has leveraged its bauxite deposits in Atewa and Nyinahin forest reserves. The group contends that,mining of bauxite in Atewa forest reserve will affect the three major rivers-Ayensu,Densu and Birim which is depended by over 5 million people.

They also say flora and fauna and other distinguished species will be affected.Also the ecological role of the forest outweighs the financial gains the government is sacrificing the forest for.

Nana Ampem Darko spokesperson for group spoke to Kasapa News explaining that, they are also pursuing legal action to halt the projects.

He also indicated plans to petition the United Nations(UN) in the coming days to intervene.