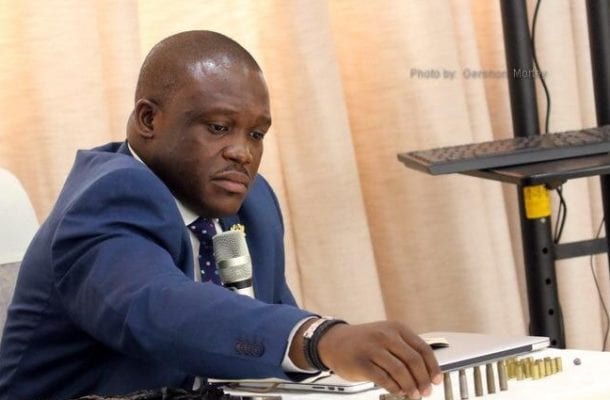 The Member of Parliament for Ningo/Prampram, Sam George has declared that he and the opposition NDC will next week head to the law court to challenge the government’s White Paper findings on the Emile Short Commission Report on the Ayawaso West Wuogon by-election violence.

Today marks exactly a year after the incident which has been described as a scar on Ghana’s democracy happened.

Masked and hooded gun-wielding and well-built security operatives shot a young NDC activist during the heated election which saw the party pulling out of the contest.

The NDC today Friday, January 31, 2020 held a forum at the incident scene to mark one year anniversary of the incident.

The Emile Short Commission which investigated the incident concluded its work and presented its report to the President on March 14, 2019.

But the government in its White Paper rejected more than fifty percent of the Commission’s findings including the criminal prosecution of National Security operative Ernest Akomea aka ‘Double’ and the man who slapped the Ningo/Prampram MP.

However, Hon. Sam George speaking at the commemorative event stated he will file a suit against the state challenging the findings of the White Paper.

“The President has roundly rejected the findings of the Commission, one thing we will tell the President is that he has become prosecution, jury and a judge in his own court. On the basis of this, Mr in-coming President of Ghana, John Dramani Mahama, myself and the NDC will next week be filing a lawsuit against H.E Nana Akufo Addo to challenge the findings of the White Paper that has been issued to challenge the basis of it and the rubbishing of the Emile Short Commission. We call on H.E Nana Akufo Addo the Chief despot of the Republic to immediately give life to the recommendations of the Emile Short Commission.”