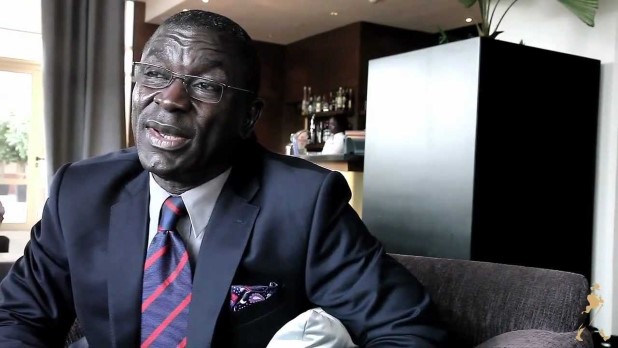 The former Chief Executive Officer of the defunct UT Bank, Prince Kofi Amoabeng has been formally charged by state prosecutors after he was arraigned Tuesday afternoon in relation to the banking crisis.

Prince Kofi Amoateng has been charged with two counts of stealing and money laundering.

He’s been granted bail to the tune of 110 million Ghana Cedis, with two sureties who must be public servants earning not less than 2,000.

Meanwhile, he’s been asked by the court to report to the Police twice a week, Monday and Friday.

The businessman was picked up at his residence and arraigned before the Accra Circuit Court 4.

Sources say since the UT Bank was closed down Mr. Amoabeng has been under investigation for quite some time now.

The UT Bank and Capital Bank were closed down by the Bank of Ghana in 2017 for being insolvent.

According to the Central Bank, the two banks’ liabilities exceeded their assets which made them unable to meet their obligations.

However, the banks at the time said despite the agreement between the Bank of Ghana and the UT and Capital Banks to address the significant shortfalls, the owners and managers of the two banks were unable to increase the capital of the banks to address their insolvency.