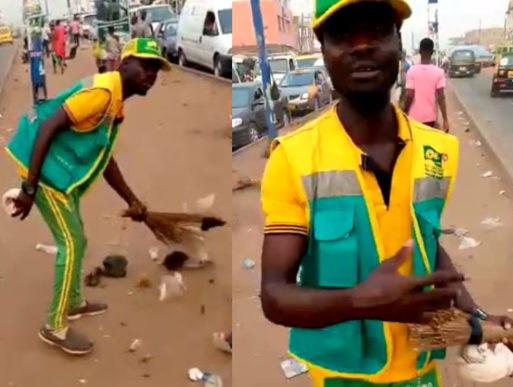 Over 30 inhabitants of Ashaiman have been arrested by the Ashaiman Municipal Assembly Sanitation Taskforce for littering.

The Taskforce compelled some of the culprits to sweep the streets while others are to be arraigned before court.

The Municipal Chief Executive Albert Boakye Okyere has vowed to make the municipality clean and has initiated the move since last month to ensure this is done.

Some irresponsible residents of Ashaiman are said to be dumping refuse in unauthorized places in the night making the town dirty.

The Head of the Sanitation Taskforce Moses Ayariga told Kasapa News that the exercise is not going to stop anytime soon and warned that recalcitrant persons will be dealt with.