The ‘Ekiki Me’ hit singer who claims to be a staunch supporter of NPP since his childhood because of his father furiously hit hard at the ruling government for failing to honour its promises.

In a Facebook post sighted by Kasapafmonline.com, the former Black Avenue Record signee indicated that in the upcoming elections to be held in December 2020, the NPP will be shown the exit.

“We worked so hard for the NPP to come to power… when they got the power.. they forgot about our problems.. 2020 is here. We go see.” Wisa wrote

The rapper, born Eugene Ashie, declared his support for NPP when then flagbearer Nana Akufo Addo embarked on a campaign tour of the La Dadekotopon constituency in 2016.

Wisa, speaking to teeming supporters of the party, said he was elated to meet Nana Akufo-Addo and believes his ability to change Ghana’s economy. 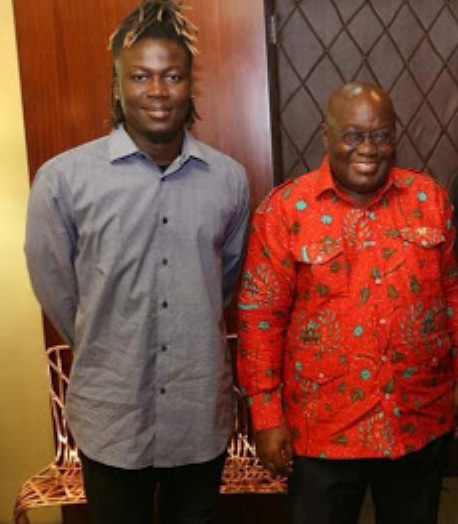 He recently granted an interview to Graphic Showbiz declaring he will not be involved in political engagements for free.

“I have vowed not to get involved in politics again but if I’m paid good money, I don’t mind campaigning for any political party.

“This time around, there will not be any free campaign for the NPP. I’m ready to work with any political party which approaches me and is ready to pay me well. I just wanted to see the NPP in government and that was why I campaigned in 2016.

“I started supporting them on my own until my efforts were recognised and they officially contacted me to support the campaign. Even with that, I didn’t earn a pesewa but I always got blasted on social media for taking money from them to do their bidding.

“If that is the case, then I have to get paid for my services and that is what I intend to do. It will be ‘no cash, no campaign.’