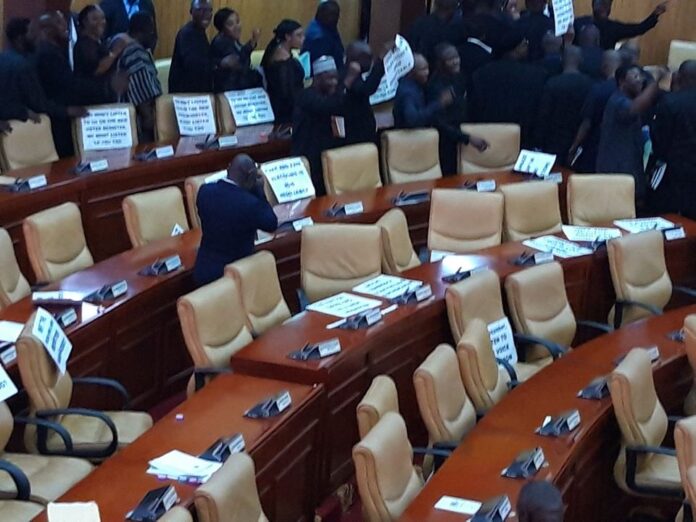 The Minority in Parliament has boycotted President Akufo-Addo’s fourth State of the Nation Address in Parliament.

The aggrieved minority MPs led by its leadership staged a walkout after singing the national anthem amid chants of ‘help us to resist oppressors rule’, ‘Free and fair elections non-negotiable’ among others.

President Akufo-Addo is addressing parliament on his 4th State of the Nation Address as he heads into another election in December.

This is in accordance with Article 67 of the 1992 Constitution.

President Akufo-Addo is expected to itemize sector by sector the general health of the country and outline policies and programmes to facilitate the country’s socio-economic development in his second State of the Nation Address.

The sectors to be covered in the address will include health, agriculture, education and energy among others.

Minority MPs to face court on Monday over protest march