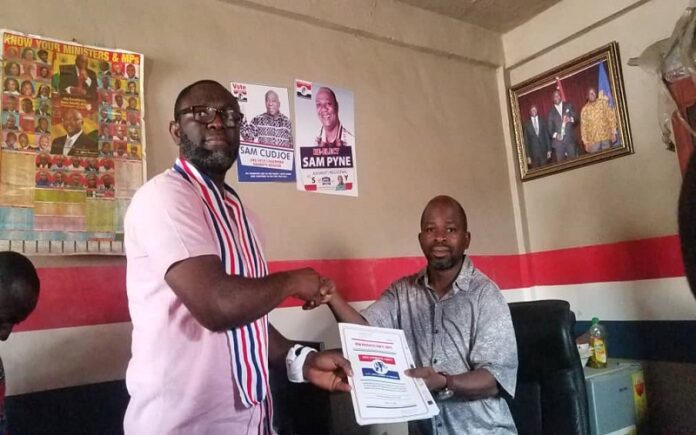 The forms were received by the Subin constituency secretary, Akuamoah Boateng, who doubles as the secretary to the elections committee of the party in the constituency.

At least five people, including the incumbent Member of Parliament (MP), Eugene Boakye Antwi, have picked nominations forms. Four people have already filed their forms as at Wednesday, February 19, 2020.

Mr. Akuamoah, after receiving the nomination forms of the aspirant, counseled him and his supporters to abide by the party’s rules for the primaries.

Frank Kwadwo Duodu on his part, pledged to conduct issues-based campaign in line with the rules governing the primaries devoid of character assassination.

“Mr. Secretary, I will like to assure you that, if there will be any problem in the upcoming parliamentary primaries in the Subin constituency let me assure you that, it won’t come from my camp for that, I can assure you’’, he pledged. 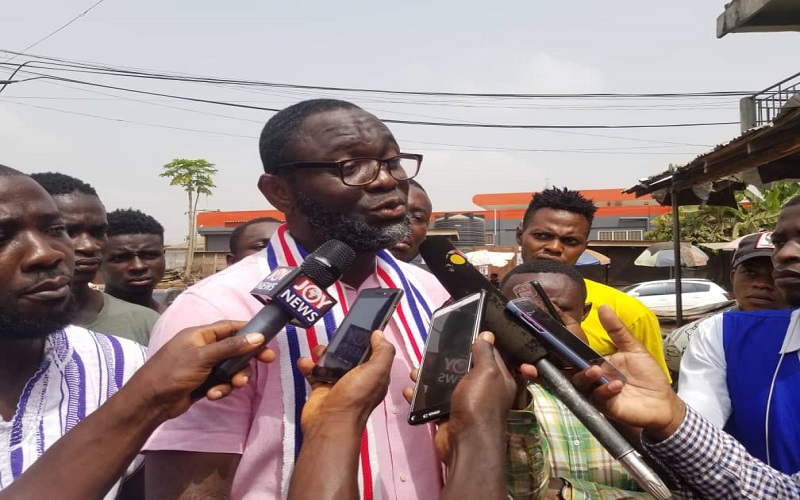 Addressing the media, after successfully filing of his nomination forms said, he is excited that he has finally managed to file his forms devoid of any trouble in the constituency office.

“I know I went through a lot before I managed to pick my forms from the constituency executives but the filing so far was trouble-free. People made their views known championing a course for the incumbent to contest unopposed which was contrary to the party’s constitution. I’m in the contest in response to calls from delegates and grass root members of the party who are not happy with the performance of the incumbent Member of Parliament’’ he disclosed.

He added that he is confident of winning the primaries because the party’s grass root is solidly behind him to halt the autocratic ways of managing the party in the constituency.

“Currently, the NPP grass root is divided because of autocratic style of leadership in managing the party in Subin constituency. Our grass root is not getting the needed respect from our leader that’s why you always hear Subin constituency in the media for several wrong reasons. As a man of reconciliation, I have come to make the delegates and the grass root of the party to have a say in the party during and after the parliamentary primaries if I’m given the opportunity to represent them in parliament’’ he emphasized.