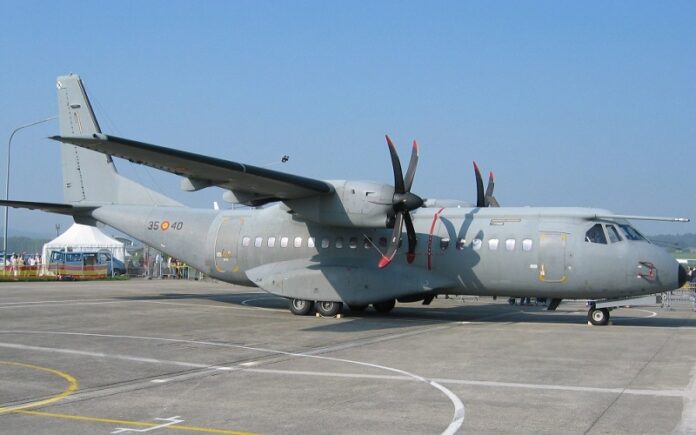 A call by the New Patriotic Party (NPP) Member of Parliament for Assin South, Rev. John Ntim Fordjour, for a parliamentary inquiry into the Airbus scandal to determine the complicity or otherwise of any Ghanaian Government official, has been quashed by the Speaker.

The Speaker, Rt. Hon. Prof. Aaron Michael Oquaye, however, said the House could at any time and stage, revisit the matter, reminding Members about the inquisition powers of the House into any matter of public interest. Such powers, he noted, cannot be encapsulated.

According to the Speaker, looking at the circumstances surrounding the matter vis-à-vis the referral made by the President, Nana Addo Dankwa Akufo-Addo, to the Office of the Special Prosecutor (OSP), to inquire into the Airbus scandal, it was appropriate for the House to hold on to any inquiry, at least for now.

“This House has the competency generally, in terms of this matter, I want reiterate that I’m of the view that the inquisitive powers of this House on any matter of public interest, from archaeology to zoology cannot be encapsulated. I am fully persuaded with that, considering the circumstances of this matter in its totality and technical pre-requisite, to examining it in full, mindful of the referral already to the Special Prosecutor’s office, and not forgetting that at any stage and at any time, this House can by any of its appropriate procedures go further into the matter. We will hold our horses like we are doing now and we shall revisit it”, he ruled.

Rev. Fordjour has in a statement delivered on the floor of the House, Friday, January 7, 2020, pleaded with the House to invoke its accountability and oversight powers to initiate a well-coordinated inquiry into naming and shaming the both past or present Government officials who may have been shielded as Government Official 1, Individual 1, Intermediary 5, as well as any other persons who have a hand in the Airbus corruption scandal.

“I, in the spirit of patriotism, do accordingly implore the House to explore our legitimate option fortified by Order 191 of the Standing Orders of the Parliament of Ghana, to conduct inquiry into the matter, as an independent institution, to establish the complicity or otherwise of Ghanaian Government officials, past or present, relative to this Airbus bribery scandal”, he pleaded.

He added “if it is determined upon the inquiry that no complicity exists on the part of the persons so referred to in the judgment of the Crown Court, UK, and the Deferred Prosecution Agreement by the United States Court District Court for the District of Columbia, the name of Ghanaian Government officials in general, past or present, would have been effectively purged. On the other hand, if complicity is established on the part of any such persons, the law of the Republic of Ghana would take its course accordingly, and in either way, the confidence proposed in the Parliament of Ghana as an independent, credible institution, which upholds the values of probity, accountability, transparency and integrity, would have been well and truly consolidated”.

However, his argument was strongly objected by some Members from both Minority and Majority Caucus.

The National Democratic Congress (NDC) Member of Yapei/Kusawgu, John Jinapor, commenting on the issue, said the statement itself was full misleading since it was full of factual inaccuracies, and therefore appealed to the Speaker not to allow the statement to stay in the records of the House.

His position was reiterated by the First deputy Minority Whip, Ibrahim Ahmed. According to him, he said based on the recommendation by the maker of the statement that the House should inquire into the matter, he should have properly “come by a motion and not a statement”.

He therefore, appealed to the Speaker to avoid members to comment on the statement.

The NPP MP for Ledzokuku-Krowor, Bernard Okoe Boye, on his part said since the matter was of public interest, the inquisition powers of Parliament should be exercised for those who would be found culpable to be punished.

Also contributing to the statement was the NPP MP for Old Tafo, Dr. Anthony Akoto Osei, who sought the indulgence of the Speaker to hold on to any directive for the House to probe the matter since it has already been referred to the Office of the Special Prosecutor.

His position was emphasized by the First Deputy Speaker of Parliament, Hon. Joseph Osei Owusu and the Majority Leader, Osei Kyei-Mensah-Bonsu.