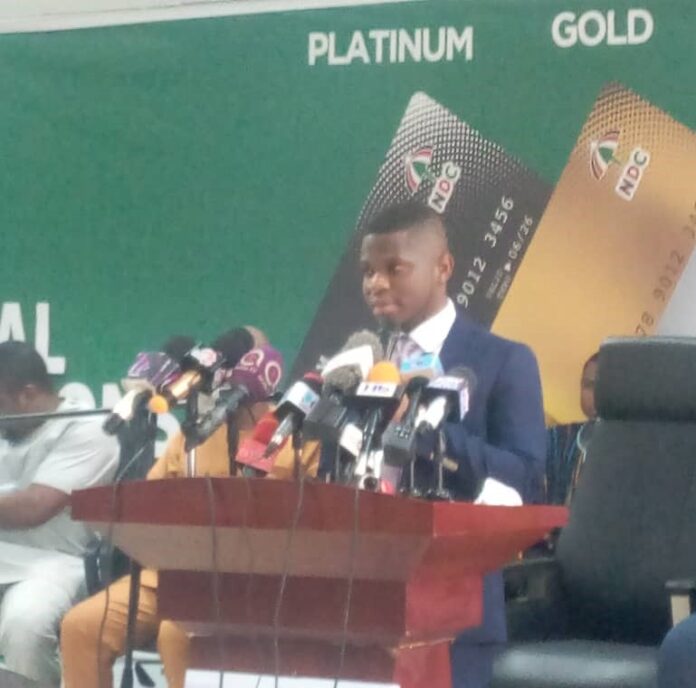 The NDC claims the onslaught on illegal mining was a ploy by the President to enable the ruling New Patriotic Party(NPP) to make money to run its activities and enrich other party members.

Addressing a news conference in Accra Thursday, National Communications Officer of the party Sammy Gyamfi said the recent malfeasance by members of the Inter-Ministerial Committee on Mining in the galamsey fight is a confirmation of the NDC’s long-held suspicions.

“In fact, thia latest scandal is only a vindication of our long-held position that President Akufo-Addo’a so-called fight against galamsy is ruse calculated to expropriate the illicit galamsy trade for NPP government officials. It is now clear that there was no fight, it was a sham, it was all a ploy, it was all 419 for top government officials to take over the galamsey business.

“This galamsey scandal is a result of a grand scheme set up by the President himself to finance the NPP party. This is the reason why he populated the committees with top NPP officials like Ekwow Ewusu, Charles Bissue among others,” he said.

The NDC’s press conference comes in the wake of the release of a video in which a voice that appeared to be Horace Ekow Ewusi, the NPP former Vice Chairman of the Central Region, is heard discussing with someone who sounded as Prof Kwabena Frimpong-Boateng, the Minister for Environment, Science and Technology, how they can engage with some party folks on some mining concessions in order to raise money from the illegal activities to support the party.