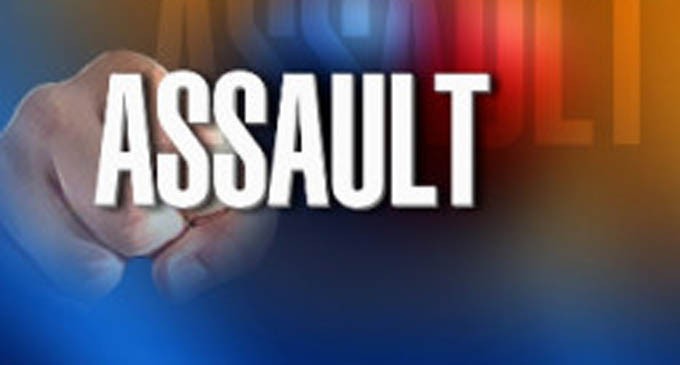 A four-year-old pupil [name withheld] of Crystal Heights International school at Amasaman in the Greater Accra region collapsed after his teacher reportedly hit him with a sweeping brush.

Information gathered by Kasapafmonline.com suggests that the boys and his colleagues were being fed but in the process, he threw out. The said teacher is reported to have asked the little boy to clean up the mess and hit him several times with the brush resulting in the innocent child crushing to the ground.

He was then rushed to the hospital and his parents informed about the development. But the teacher feigned innocence claiming that the boy suddenly fell to the ground.

However, a classmate of the victim who was traumatized after witnessing the incident exposed the teacher after she narrated what happened in school to her mother while at home.

The mother of the traumatized child then called the parents of the victim who are neighbors in the same Estate and told him what her child had recounted to her.

Another classmate of the victim corroborated the account of the other girl saying the teacher hit the boy till the brush stick broke.

The father of the victim who preferred to remain anonymous in an interview with Kasapafmonline.com stated that after being armed with this information he lodged a complaint with the Administrator of the School to ensure the matter is investigated to avoid any other child being harmed.

“My interest is not in damaging anybody’s school. My interest is setting the records straight so that it doesn’t happen to anybody’s child. We are lucky to have our child alive, if it had gotten to the worse all they would have said is sorry. So I need action to be taken so that they’ll sit up so we can avoid any terrible mess in the future. I want a campaign against all forms of brutality against kids. I mean it’s barbaric…the mother has been crying all day after she heard the story. I mean the whole imagination of your little boy being hit with a brush until he collapsed is traumatizing.”

The Administrator of the School, Mr. Emmanuel Mensah in an interview with this Website, stated that the issue has come to his attention and is currently under investigation.

He said he’s asked the said teacher to stay away from school for the meantime as investigations continue so that she doesn’t interfere with the process.

Mr. Mensah added that the school does not countenance indiscipline and unprofessionalism and will ensure that the teacher is dealt with if she’s found guilty.

This website will keep readers informed on any development on the matter.