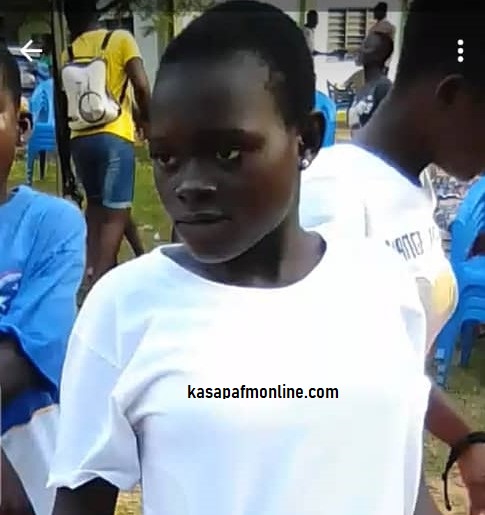 Fear has gripped residents of Twifu Agona in the Twifu Atti-Morkwa District of the Central Region after a 14-year-old girl, Maame Esi a student at Agona D/A Basic School was murdered and dumped in a bush.

Information suggests that four suspects namely Kwabena Asamoah, Abraham Anti, Kofi Owusu and Akwesi Asamoah who saw the deceased going her way called the innocent girl and sent her to buy something for them.

Upon her return, they grabbed her, tied her mouth with a cloth and took her to the bush to murder her.

It was later that the body of the girl was discovered in the bush with blood have oozed from her vagina suggesting she might have been raped before she was killed.

Blood had also been sucked from her throat leaving a deep hole.

The suspects were subsequently arrested by the police since they were the last people seen with the girl. But they have been released on bail resulting in the anger of the residents.

The Chief of the town, Nana Benkye Awuah II, told Kasapa News Yaw Boagyan if the police fail to re-arrest the suspects they’ll take the law into their own hands and vent their spleen.

“We will not welcome any politician to this area to campaign because they have decided to neglect us, our security is poor in this town. As a chief I have relocated to Twifu Praso because we are afraid we are all afraid as we don’t know what will happen to us next. We are having our own rooms but we can’t sleep there. We have had to sleep with our friends and relatives in different communities so we are calling on securities to come to our aid.”

E/R: Man arrested for abducting girl, 14, and defiling her 20 times

Prof. Benneh was killed after he resisted being robbed – CID