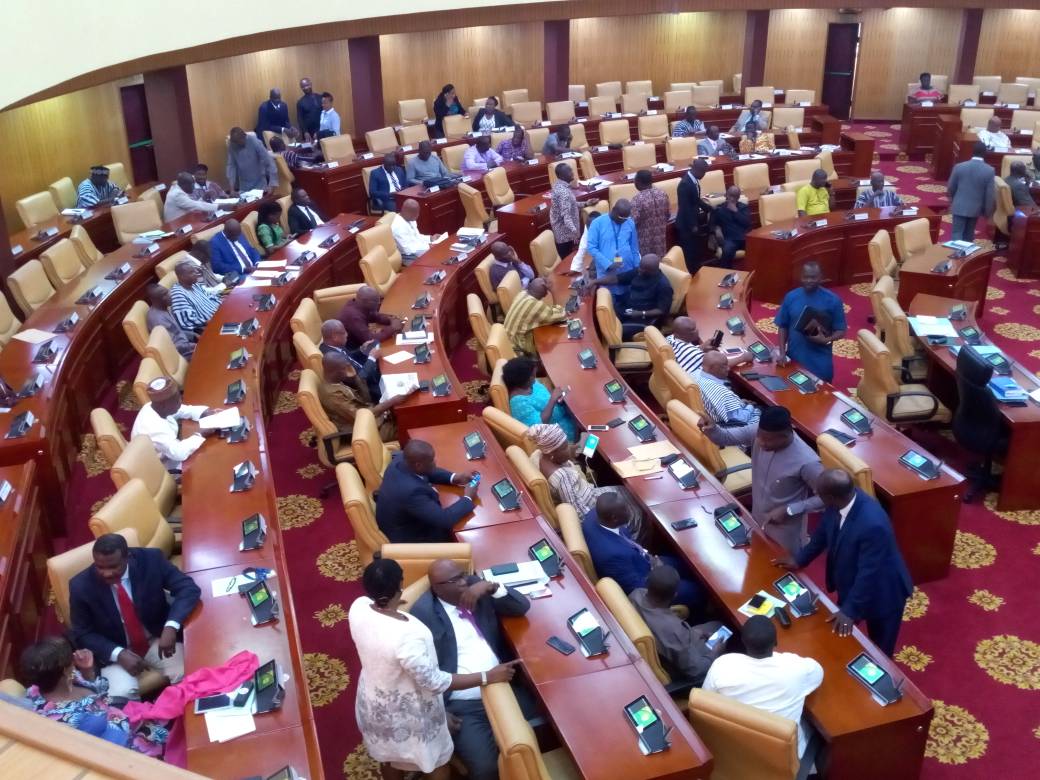 The Chamber for Local Governance (ChaLoG) is demanding the MPs’ share of the District Assembly Common Fund to be scrapped on the basis that the MPs are not development agents within the local system.

It argued that that responsibility should be fully reverted to the district assembly and the fund which represent 5% quota of the DACF be scrapped totally.

Dr. Richard Fiadomor, President of ChaLoG in an interview on Kasapa FM noted that it’s imperative for the MPs to concentrate on their core mandate which is to make laws for the country.

According to the Chamber, should this become a long drawn out war, it may likely go to the Supreme court to seek interpretation of the law.

“We’ll monitor the issue and if it gets to the point where the Common Fund is still paying the MPs, then we would have to seek a legal counsel on this one and possibly go to the supreme court for interpretation on this matter, ” Dr. Richard Fiadomor  told host Kweku Owusu Adjei on Anopa Kasapa on Kasapa 102.5 FM.

He noted that its legal fight would be launched as soon as possible to block subsequent payments to the MPs.

“For now we are rushing to go to court because, we don’t know the processes that the Common Fund Administrator has put in place now concerning payments. Yesterday i heard some MP saying that the quota would be paid by next week. So if the processes have began, then that one the court process will take time and we cannot stop the current one. But going into the future, we’re not going to sit down aloof to allow the MPs to be collecting monies which are not due them.”

Members of Parliament have expressed frustration about the delay of their share of the Common Fund for the third quarter of 2019.

For the Minority in Parliament, the delay is a deliberate attempt to deprive them of working effectively and consequently competing fairly with their opponents, especially when the general election is some months away.

Speaking to the media on behalf of the Minority, Sampson Ahi, MP for Bodi said: “Close to two months ago, the government released district assemblies common funds for the third quarter), and as we speak, we do not know when they are going to release the MPs’ share. And we see this to be a deliberate attempt on the part of government to stifle us from working in our constituencies.

“Being an election year, they think that when they release our monies to our constituencies, we will get resources to work, and that is why they have taken that decision to deprive us of resources.”

The opposition National Democratic Congress MPs have therefore resolved to boycott the State of the Nation Address (SONA) which is scheduled for Thursday February 20, if government does not address the matter by this Friday.