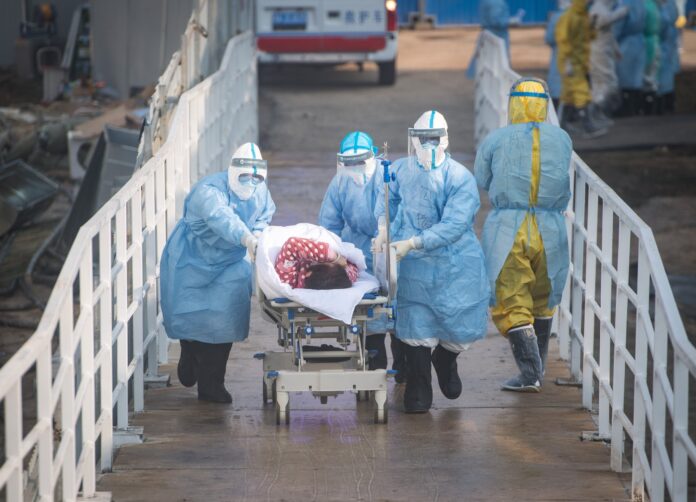 The New Patriotic Party, China Branch has asked Ghanaians to disregard what it describes as the cheap political games being played by the opposition amidst the global health crisis and epidemic(Covid-19).

This comes on the heels of the ultimatum that the minority, led by the North Tongu lawmaker, Samuel Okudzeto Ablakwa has given to the Government to evacuate Ghanaian students studying in China.

The Deputy branch Secretary of the NPP in China, Ohene Opoku Agyemang, said the minority’s intent is diabolic, accusing it of seeking ways to create anxiety and fear in the Ghanaian public and parents whose wards are in China.

“To suggest an evacuation of Ghanaian students in China from the epidemic zone by Hon. Ablakwa and comparing it to the evacuation of Ghanaian nationals from Libya during the fall of the Qaddafi’s regime exposes the naivety of Hon. Ablakwa. This is based on the technical and health implications of the suggested move. The spread of the virus across China is evident that the plausible means as it stands now is to restrict movement of people. This is to avert human to human transmission.”

According to him, since the outbreak of the Novel Coronavirus in China, the Ghanaian Mission and the Ambassador through the Foreign Affairs Ministry have been proactive and on top of the situation.

He added:”What more can we ask for? Ghanaians can be rest assured that we’re okay here. There is nothing to worry about.”

The Minority in Parliament has given the Akufo-Addo led Government a three-day ultimatum to take action by evacuating Ghanaian students or face their wrath.

According to Minority, France, Switzerland, Philippines, Russia, and other African countries including war-ravaged Libya have all evacuated their nationals from China as a result of the CoronaVirus.

The United States of America, they noted, is even doing a second round evacuation of their nationals, urging the Government to swiftly move in to save the Ghanaian students before anything bad befalls on them.

Addressing journalists on the sidelines of Parliamentary sitting, Tuesday, the Ranking Member of the Foreign Affairs Committee and NDC MP for North Tongu, Samuel Okudzeto Ablakwa said Ghana has the capacity to evacuate the Ghanaian students from China, especially, those trapped in Wuhan where the CoronaVirus originated from.

He cited Libya as an example to buttress his argument stating that during the war nine years ago, Ghana was able to evacuate her nationals who were more than a thousand back to Ghana.

In a joint address by ranking members of committees on Foreign Affairs and Health records released by the World Health Organisation indicates that 1,016 people have been confirmed dead with 43,000 have been infected with the Corona Virus.

They argued that the Government cannot be insensitive to the plight of Ghanaians, stressing that this is a humanitarian issue and the earlier the government showed leadership, the better.

Opinion: Right to vote and EC’s measures against covid-19 in the upcoming elections

Akufo-Addo to address nation on Covid-19