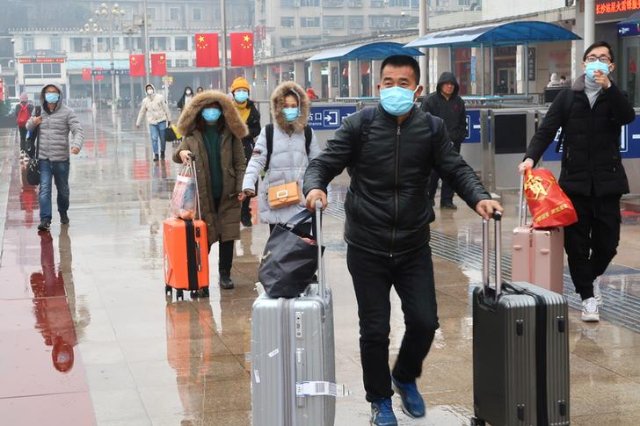 President Akufo-Addo has said the government will evacuate Ghanaian students stuck in China following the deadly Covid-19 epidemic, should it become necessary.

Government has refused to heed to the Minority calls to take action by evacuating Ghanaian students from China following the outbreak.

The NDC minority had earlier given government a three-day ultimatum to act, but to no avail.

Addressing journalists on the sidelines of Parliamentary sitting, Tuesday, the Ranking Member of the Foreign Affairs Committee and NDC MP for North Tongu, Samuel Okudzeto Ablakwa said Ghana has the capacity to evacuate the Ghanaian students from China, especially, those trapped in Wuhan where the CoronaVirus originated from.

They argued that the Government cannot be insensitive to the plight of Ghanaians, stressing that this is a humanitarian issue and the earlier the government showed leadership, the better.

But in his address to parliament, during the last State of the Nation Address on Thursday ahead of the December Polls, President Akufo-Addo said his government has not ruled out repatriating Ghanaian students, when the need arises.

He said repatriation in this instance is the last resort insisting government is monitoring situation in the Asian country and will not hesitate to act accordingly.

“We know that no amount of logistics will make up for the extreme stress and trauma that these young people are going through and I entreat members of this honourable house to set an example by helping to pour oil over troubled waters instead of instigating tension and spreading fear and panic among the young people”.

“The government is in constant touch with experts on the subject who advise that the basic principle of public health is to confine the disease to the area of origin but we have not ruled out the option of evacuation of the students in Wuhan if that becomes necessary.

“We have put in place measures to ensure that their evacuation back in Ghana, if it happens, does not lead to the dissemination of fear and panic among the general public.”