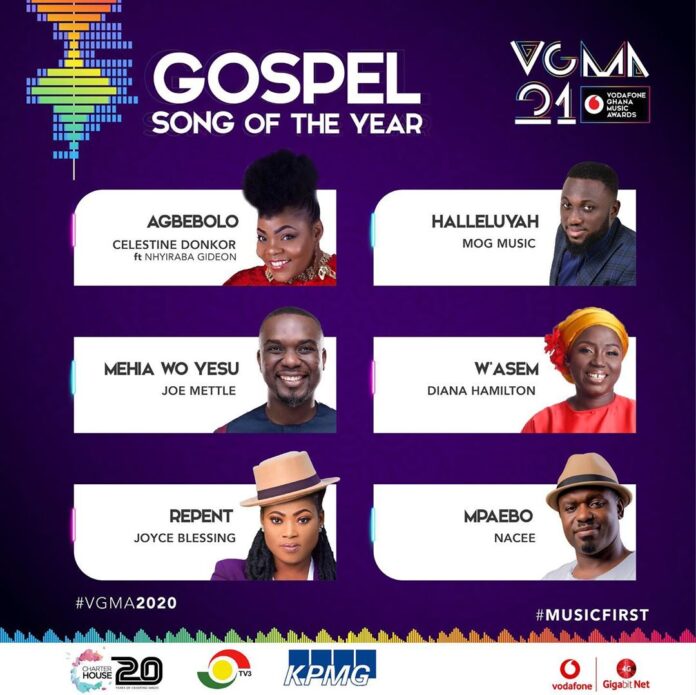 Leading event management firm Charterhouse has announced the list of nominees for various categories for the 21st edition of the Vodafone Ghana Music Awards.

The top musicians have made positive impact with their hit songs released within the calendar year of the scheme.

The Vodafone Music Awards scheme honour and appreciate musicians and other music industry players who released work(s) that generated the most public excitement within the calendar year of the scheme and also reward veteran musicians who have blazed the trail in the music industry.

The Award Scheme has become the barometer by which Ghanaian musicians measure their success each year and undoubtedly serves as an inspiration and aspiration to the entire music industry.

GOSPEL SONG OF THE YEAR

Joe Mettle- Me Hia Wo Yesu