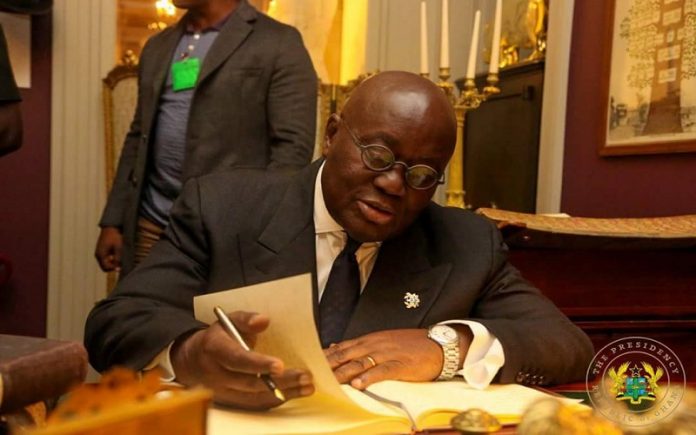 The receiver of the Savings and Loans and Micro-finance institutions will begin on Monday, February 24, 2020 making payments to most of the customers of the defunct institutions, President Akufo-Addo has disclosed in Parliament on Thursday.

At least an amount totaling GHc 5 billion, according to the President has been mobilized to pay customers being addition to GHC 13 billion currently being paid customers of the failed banks.

“I’ll like to repeat that all depositors of the Savings and Loans and Microfinance Institutions including DKM which collapsed in 2015 will receive a hundred percent of their deposits too once validation exercise is concluded.” he told the one-sided House that observed his State of the Nation Address earlier today.

He stressed that the state will hold all those responsible for the collapse of the financial institutions to account, a process that has already started.

“I do not think it’ll be possible to repeat this grand pay up in another lifetime. We’re going to hold responsible those managers of these collapsed institutions accountable…

“We inherited a collapsing financial sector. The government is having to conjure up to GH¢13 billion to pay the customers of those institutions. This is money we can ill-afford”