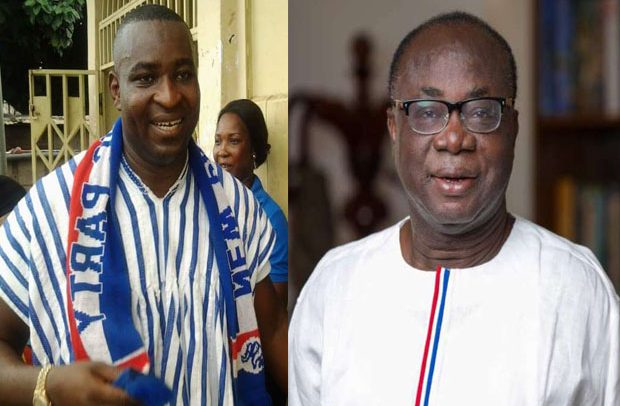 The concern citizens of the New Patriotic Party (NPP) from Adansi Asokwa Constituency based in the Greater Accra Region, have lauded the leadership of the elephant family in restoring peace and harmony in Adansi Asokwa by opening nominations for the first time in the history of the party.

“We want to use this opportunity to commend the national executives of our great party led by the National Chairman-Freddy Blay, General Secretary; John Boadu, Ashanti Regional Chairman; Bernard Antwi Boasiako, a. k. a. Chairman Wontumi, and our democratic constituency Chairman Mr. Kwame Owusu for opening nomination for the first time in the Adansi Asokwa Constituency for the party hardworking delegates to have a say in the election of a Parliamentary candidate for the constituency going into election 2020 general elections. The Adansi Asokwa Constituency for the past 20 years has never held parliamentary primaries since 1992, due to the autocratic leadership style of the former constituency executives”, the group noted in a statement signed by its Convener, Francis Quayson, and released in Accra, Sunday, February 2, 2020.

According to the group, under the tenure of the previous constituency executives, the party never opened nominations for any member in good standing to challenge the incumbent Member of Parliament (MP), Hon. Kwabene Tahiru Hammond in primaries.

Few other party members who managed to pick forms either at the regional or national levels, they noted, were “eliminated through rough tactics engineered by the party’s constituency executives for the incumbent MP to contest unopposed for 5 terms”.

This, they said, was an affront to the party’s constitution.

Following the opening of nominations, the group has therefore assured to return home and commit themselves to campaigning for President Akufo-Addo and the party in general to retain power.

” We are already prepared to return home to campaign vigorously for the party after the parliamentary primaries. We will also fully mobilise all our members in Accra among non-members to fully participate in the upcoming voters’ registration exercise. We also want to assure the Regional Chairman, Wontumi and the National Executives of our great party that, we the Adansi Asokwa Concern NPP members based in Accra are ready to sponsor printing of billboards, posters of both the Presidential candidate of the Party Nana Addo Danquah Akufo-Addo and whoever the party’s constituency delegates elect as Parliamentary candidate for the constituency”, they pledged.

They added “However, for now, we know of only Sammy Binfo Dakwa as the only person who has picked nomination forms to contest the incumbent MP, Hon. K.T Hammond”.

They, however, urged all aspirants to conduct clean campaign devoid of insults and character assassination which has the ability to create more division and confusion in the constituency.