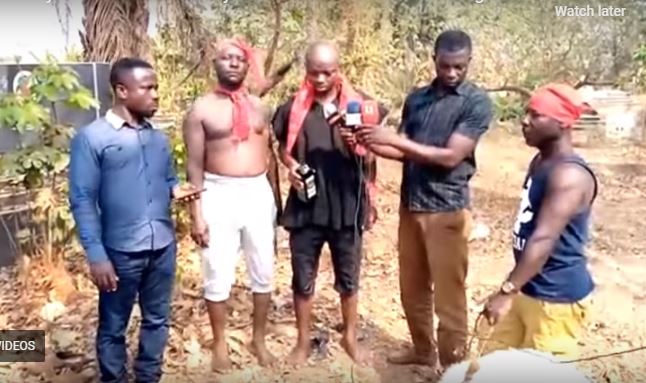 A System Analyst and a member of the NDC Communication team on social media, Yayra Koku says he’s not perturbed by the raining of curses on him by the Bono Regional Chairman of the governing New Patriotic Party (NPP), Kwame Baffoe, popularly known as Abronye DC.

The Maverick NPP Chairman was spotted in a viral video storming a cemetery invoking curses on Yayra Koku after the latter reportedly accused Abronye of receiving 5 of the 500 missing excavators that has become a topic for national discussion.

He described the report as a fallacy, fictitious and an attempt by some unscrupulous people to dent his hard-won reputation.

Out of pain he called on the gods to strike Yayra Koku for falsely accusing him as he knows nothing about the issues.

“I deem it important to note that, since the NPP assumed power in 2017, I have not been awarded any road contract nor a mining concession or whatsoever and for that matter, I do not even find any need for an excavator. Those peddling these unsubstantiated lies against me, may the gods of thunder strike them down if they do not stop. There’s this boy on social media Yayra Koku who claims 5 of the missing excavators are in my custody. Whoever is falsely accusing me when you strike kill that person. On the other hand, if I am in any way connected to the missing excavator saga, may same god’s strike me down,” he cursed.

But speaking to Kwame Korantng on Ene Nso Biom on Nkawkaw based Agoo FM, Yayra Koku asked the general public to disregard the curse placed on him by Abronye DC. since what he did was completely useless.

“Abronye is not a serious guy and nobody should take him seriously. I’m not scared of the curse because I’m totally innocent of the allegation”. Mr. Koku stated.

When asked if he will apologise when he gets the opportunity, he said he will never do that because he hasn’t done anything wrong.

Meanwhile, commenting on the matter, a spiritualist, Nana Kissi Opam I said there are consequences in every action.

He says though he’s not condoning curses, he can say that if the allegation about the complainant is true, the curses will definitely work.