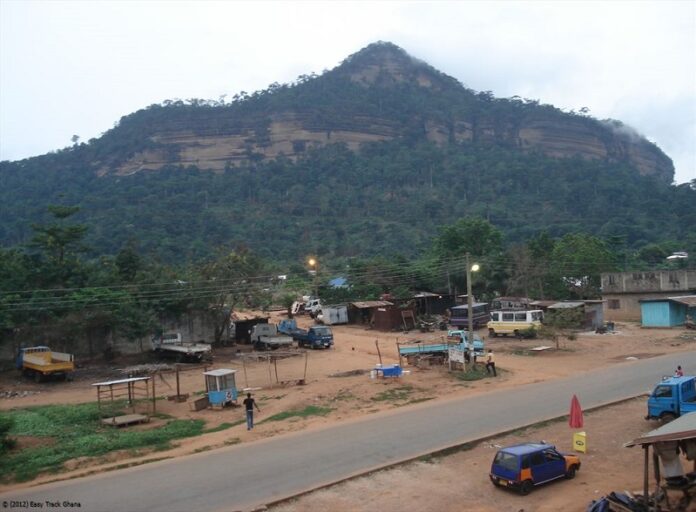 The rampant fire outbreak at Odweanoma Mountain in the Kwahu area is a causing major threat as the mountain risk collapsing, the Ghana National Fire Service has warned.

According to the District Fire Commander in-charge of Kwahu and Atewa, DO3 Anthony Yaw Mayebi, per their research, they have realized that the recent burnings are a deliberate act by hunters who set fire to trap game (bush animals).

When asked by host Kwame Koranteng on Nkawkaw based Agoo FM on what could possibly happen if this attitude continues, his response was that:

“When this goes on to a point that the whole grove is burnt down leaving bare mountains, it is likely to collapse”.

DO3 Anthony Yaw Mayebi noted that education has not been enough to get the inhabitants to stop the practice hence they are devising different strategies to eliminate the bad behaviors by hunters.

He continued that his outfit together with the DCE, Emmanuel Attah Ofori Snr, NADMO, Forestry, etc has deliberated and reached a consensus to set up a taskforce that will be monitoring and arresting perpetrators.

He believes that arresting and prosecuting such people will serve as a deterrent to others.

On his part, Obomeng Abusuapanyin Barimah Osei Berko appealed to the government to come to their aid and provide the necessary resources to fight fire outbreaks.