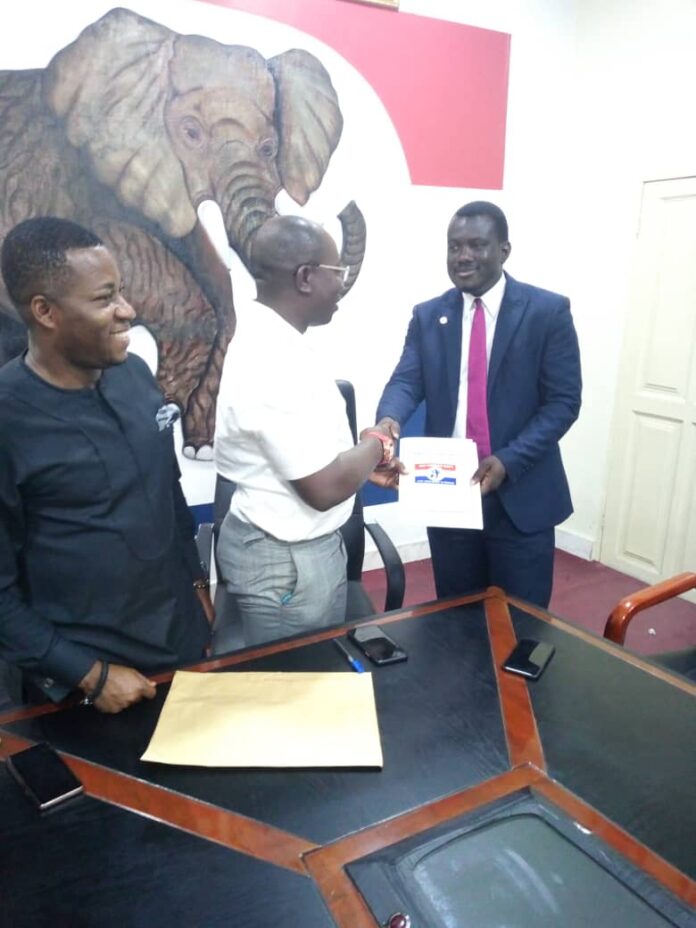 Lawyer Theophilus Tawiah paid the filing fee of Gh¢ 25,000 in a banker’s draft and also satisfied the conditions and processes as directed by the Headquarters of the party to enable him to contest the primaries

Mr Evans Nimako, Director of Research and Elections and Mr Collins Nuamah, Director of Finance and Administration who received the forms and the Bankers Draft, disclosed that filing of nominations would end on 20th February 2020

Lawyer Theophilus Tawiah said his intention to contest the election is not that he is power drank, but as a native, he has the development of the constituency at heart and added that he is committed to lobby for more development projects to the area to help improve the living standard of all.