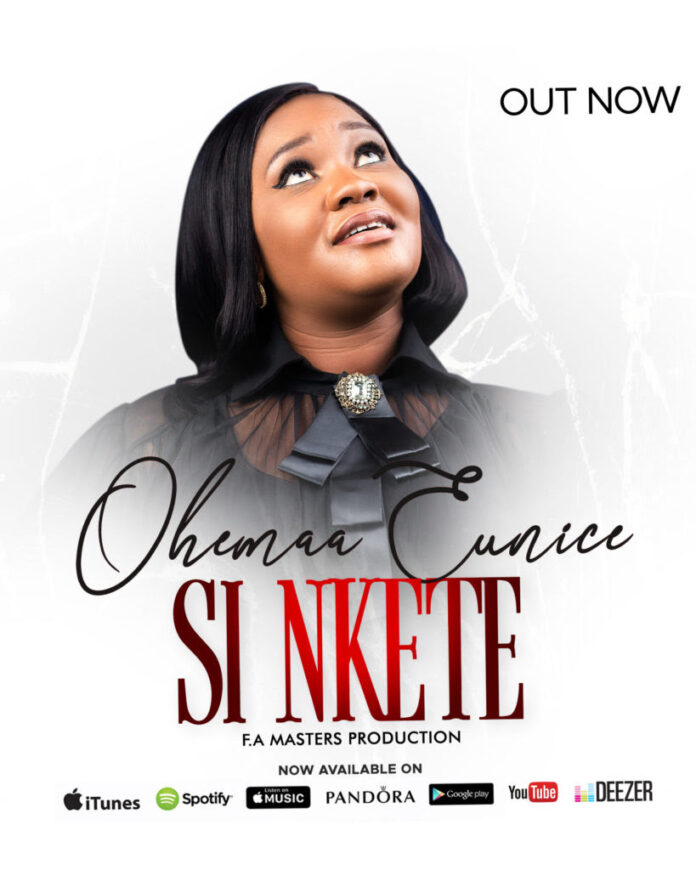 Gospel singer Ohemaa Eunice is out with a new powerful single.

The anointed singer is definitely poised for action with this new one dubbed ‘Si Nkete in our Twi dialect which translates in English as Stand Firm.

The spirit-filled song according to the singer will be an inspirational anthem for anyone going through a grody jiff.

Si Nkete is one of the singles released off Ohemaa’s upcoming debut album yet to be outdoored under the auspices of F.A. Masters Production.

The audio production was made by Dan Bassy and video directed by McWillies. Enjoy