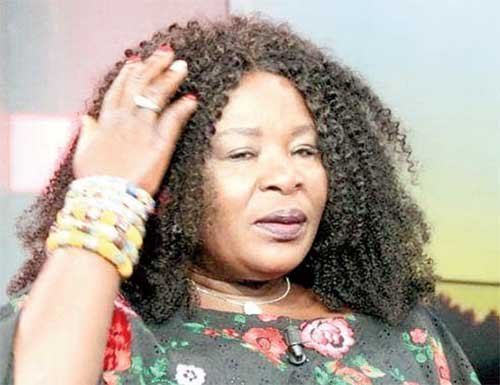 The Media Foundation for West Africa (MFWA), has commended the Upper East Regional Minister, Ms. Tangoba Abayage, for openly making a strong commitment to issues-focused campaigning in her bid to become the parliamentary candidate of the ruling New Patriotic Party (NPP) in the Navrongo Central Constituency.

According to MFWA, several verified media reports have quoted the minister as having admonished her supporters and party members to focus in issues and not insults.

“Today, I stand here to make a solemn pledge that not I or any of my team members will use any foul language against anybody. I’ve told them, if a single person in my team should do that then that very day that person is out. We have a message and we are sticking to that message. It is that message that will send us to parliament on the 7th of December, 2020” she was quoted by MFWA as having warned her supporters and followers after filing her nomination on February 20, for the parliamentary candidature contest.

A statement released by the MFWA on Friday, said earlier in January, Ms. Abayage’s main competitor and colleague Minister who is also the incumbent Member of Parliament for the constituency, Joseph Adda, accused her on local radio of not being politically active in the constituency but only goes there to drink beer.

The open commitment by the parliamentary aspirant to focus on issues and not insults in her campaigning, comes at a time when political discourse in the media and public sphere is characterised by the preponderance of abusive language, insults, provocative comments, ethnic bigotry and defamatory expressions, particularly against female politicians.

“The commitment by Ms. Abayage to run an issues-focused campaigning is a great example worthy of emulation by all aspirants and candidates in the upcoming December elections. We truly commend her for being an example of a decent politician. We hope that her example will inspire others, including Presidential candidates to also make a commitment to adhere to issues and not insults in the 2020 elections,” said Abigail Larbi, Programme Manager for Media and Good Governance at the MFWA.

The MFWA has thus, appealed to all aspirants, candidates and political communicators to endeavour to focus on issues-based campaigning ahead of the December elections in order to ensure voters are able to make their choices based on issues, and to contribute to making the upcoming elections peaceful.