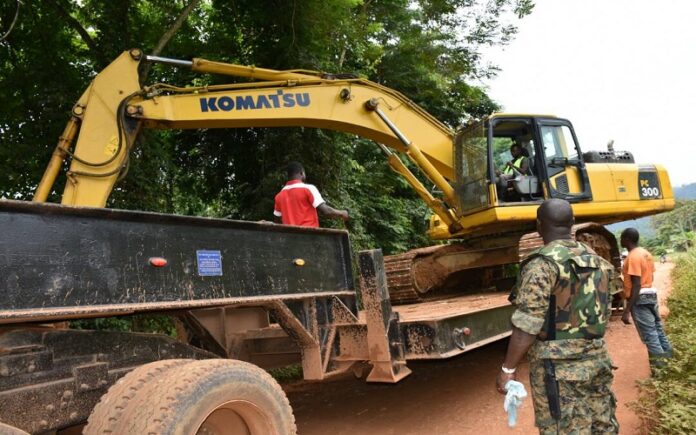 The President of the Republic of Ghana, Nana Addo Dankwa Akufo-Addo, has assured that persons who have been arrested in connection to the missing excavators, when found culpable per the outcome of investigations being conducted by the Police, will not be shielded.

“No one involved will be shielded no matter their position or colour”, he noted.

The President made this assurance when delivering a message on the State of the Nation on the floor of Parliament, Thursday, February 2020.

On Monday, February 3, 2020, the CID picked up the suspended Central Regional 1st Vice-Chairman of the NPP, Mr. Ekow Ewusi, for interrogation over his role in the missing excavators and other equipment seized from illegal miners.

His arrest was triggered by a request from the Minister of Environment, Science, Technology & Innovation, Prof. Kwabena Frimpong-Boateng, to the Director General, CID Headquarters, Accra, to commence investigations into the missing excavators and some other equipment.

“Mr. Ekow Ewusi was contracted to cart excavators and other vehicles and pieces of equipment seized by Operation Vanguard to designated areas for safe keeping. We have received information that he sent an unknown number of equipment to unauthorized locations, including one in Tema. This was confirmed by the caretaker of the depot in Tema. Information reaching me indicates that he has sold an unknown number of the pieces of equipment, including excavators. I wish to appeal to the Police Authorities to investigate the matter”, the letter dated February 3, 2020, and requesting the Police to probe into matter in part read.

The Police Service has subsequently issued a statement announcing the arrest of Mr. Ekow Ewusi and five other persons in connection to the missing excavators.

The opposition National Democratic Congress led by its Members of Parliament (MPs) have called for the resignation of the Minister of Environment, Science, Technology and Innovation.

The President commenting further on the issue said so far a total of 12,000 Cheng-fan machines that the illegal miners use to scoop up the river have been seized and destroyed on-site.

During the said operation, he said some excavators too were seized with a number of them gone missing. However, he assured that all those involved in the missing excavators will not go unpunished.

He said despite the challenges that still persist, the Inter-ministerial committee alongside Operation Vanguard, have done incredibly well in the fight against galamsey.