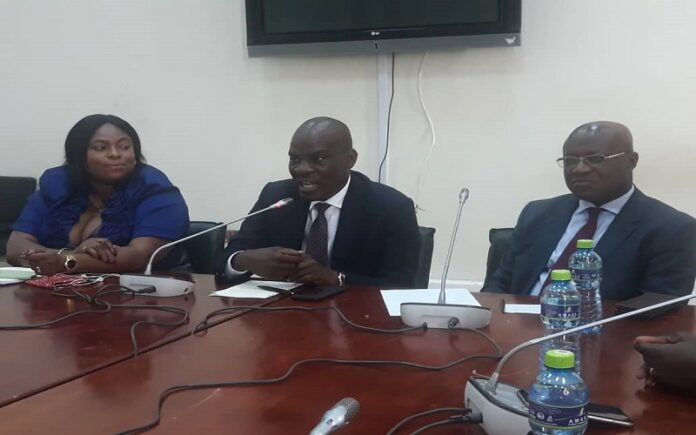 The leadership of Parliament has called for calm between the legislature and the media in the wake of verbal attacks on the legislature by a cross section of the public and some media professionals in the inky fraternity over its attempt to gag journalists, especially, those who report from the precincts of the august House.

According to them, there has never been and would never be any attempt by the legislature to gag the media, stressing that Parliamentary democracy thrives on media support.

On Wednesday, February 26, 2020, the Majority Leader, Osei Kyei-Mensah-Bonsu, brought to the attention of the Speaker, Rt. Hon. Aaron Michael Oquaye the sudden disappearance of all journalists (the Parliamentary Press Corps) from the press gallery during discussions on the President’s message on the State of the Nation in chamber.

Instead, they covered a press briefing by the National Democratic Congress (NDC) Member of Parliament (MP), Emmanuel Armah-Kofi Buah on some aspects of the President’s message on the State of the nation, especially, records of the NDC in the petroleum sector, which he thought was factually incorrect.

Minority Leader, Haruna Iddrisu, commenting on the issue urged the media to be dutifully bound when reporting from Parliament.

The Speaker, who was worried about the occurrence, told the media to remember that they were guests of the Parliament and their accreditation could be withdrawn if they fail to heed to advice.

He said the permission given by journalists to cover proceedings in the House must be strictly adhered to, insisting that they cannot go outside the chamber to engage MPs while proceedings were ongoing in the chamber.

Following the directive of the Speaker, Parliament has come under serious criticisms from a cross section of the public who are spirited and passionate in protecting press freedom for trying to gag the media.

Addressing the media in the aftermath of public criticisms over attempts by the legislature to gag the media, both leaders from the House (Majority and Minority) called for cease fire, assuring that Parliament has no intention to gag the media.

“We should not misconstrue what the Speaker said to be a ruling. It was just a directive that the Speaker just spoke to. What the Speaker said sounds more like a father-daughter-son advice. Be assured that
We want you to help Parliament to explain in detail whatever happens on the floor of Parliament. You are the vehicle and without you, whatever happened on the floor will not get to the general populace. So, it is not wise to antagonize the media. So, whatever transpired was not meant to antagonize the media but to consider it is a father-daughter-son advice”, noted the Majority Leader, Osei Kyei-Mensah-Bonsu.

Haruna Iddrisu on the other hand said “Be assured that no institution nor individual will be given the right or be encouraged to gag the media. Indeed, I jealously as I will protect the rights of the Minority, we will jealously protect press freedom. Be also assured, that Parliament will respect the rights of the media under the 1992 Constitution and will not in any way limit the frontiers or the fundamental rights of media freedom”.