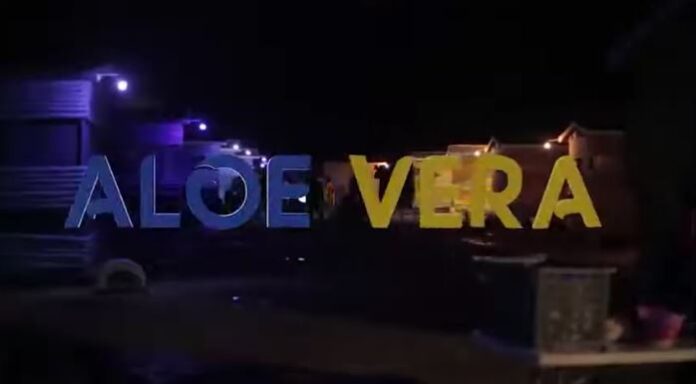 The film, ‘ALOE VERA‘ is set to be premiered on March 6, 2020, at the Silverbird Cinemas in Accra [West Hills Mall and Accra Mall].

Sedufia shared a snippet of the movie narrating how the production started after he single-handedly constructed a film village in Dabala in the Volta Region.

The investment, according to the director, will serve as a set for colleague filmmakers, or be donated to indigenes of Dabala.

The newly constructed film village is a self-financed project with many homes and other facilities.

“I think that it is gone beyond our normal day to day movies that we see. More or less it draws attention to what we should do in details that matters. For a long time, we’ve lacked this in our movies and I think this will really get people thinking and spare people on in the next productions to really pay attention to that aspect.” Adjetey Anang shared his view

For Nana Ama McBrown, this is the first time in Ghana a movie like this has been shot by a producer.

‘Aloe Vera’ movie addresses the subject of how individuals co-exist, so many happenings in the world where there is so much intolerance for personal choices for people’s culture or way of life.

Rapper Worlasi is credited for the soundtrack of this new movie as he continues his long-lasting partnership with Old Films Production, after successfully producing original sounds for ‘Keteke’ the movie.

The CHICKEN and the EGG, which came first? The beginning of a fierce battle among two families, divided into Blue and Yellow factions and separated by a line that nothing must cross.