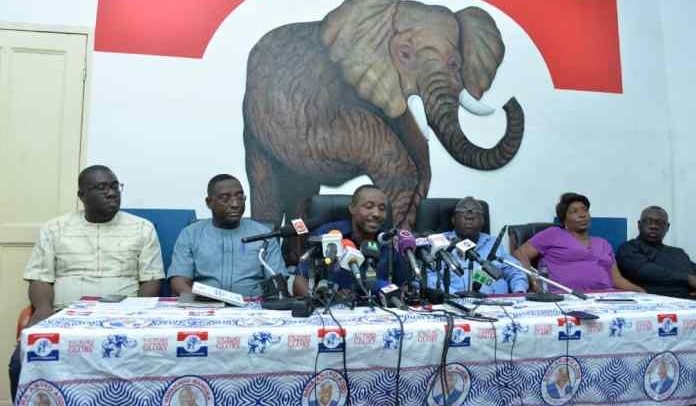 The Ashanti Regional Organizer of the ruling New Patriotic Party (NPP), Francis Adomako is advocating for the National Elections Committee (NEC) of the party to re-schedule the announced date for the party’s parliamentary primaries and flagbearer elections which falls on 5th April, 2020.

This he said, will help the party to organize its grassroots membership to fully participate in the upcoming compilation of new voter album register for 2020 general elections by the electoral commission slated for 18th April, 2020.

He revealed the party is currently over concentrating on the parliamentary primaries and the flagbearer elections which he fear may affect the party’s readiness going into elections 2020.

Francis Adomako is of the view that “the party should conduct the elections in March 2020 or wait for the Electoral Commission to finish with the nationwide compilation of the new voter register so we will not have divided attention’’ he stressed.

He justified that, “Now when you go to the grassroots of our party from regional to polling station all executives and members are focused on the upcoming internal elections that’s the parliamentary primaries but not the campaign for the masses to step out for the EC’s voter registrations.

“I feel that, if we do the elections on April 25th, 2020 it will not help us, now everybody’s mind is on parliamentary primaries, I’m the Ashanti regional organizer of the party I need to sensitize people and mobilize them for the exercise at the grassroots level, polling stations level to go and register. The polling station executives, organizers and regional executives everybody is looking up to the primaries that’s where their interest is at the moment. I think this won’t help us as a party, look 2020 is a crucial election and I believe we have to have a second look at our time table’’ he admonished.